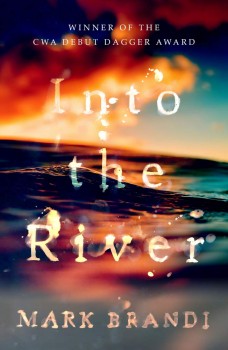 Teenager Ben stands with his weaker friend Fab throughout childhood – and then an opportunity arises for Fab to return the favour.

In a small-town suburb somewhere between Melbourne and Adelaide, Ben and Fabriccio, or Fab for short, spend endless hot and dusty days playing cricket, netting for yabbies behind local dams or just hanging out. As the weaker of the two, and with a different ethnicity, Fab is bullied at school, and Ben does his best to protect him, although there is little he can do to shelter Fab from a brutal father.

The balance of their lives is altered forever with the arrival of Ronnie, a single man who takes up residence in a house recently vacated by a couple whose teenage daughter took her own life. Ronnie charms Ben’s parents and offers Ben payment for small jobs around his house, introduces him to pornographic magazines and shows a definite inclination for Ben’s company when he can get him alone.

The latter part of the book features Fab, still living in the same town a decade later, with Ben long gone to another part of the country. Fab smokes weed, performs dead-end jobs in a half-hearted fashion and dreams about taking off with a girl at the local bar. His plans are, however, put on hold by the arrival of the police at his door, at which point the reader recalls the prologue: something nasty is found in a rubbish bin exposed at low water in a local river.

This is a convincing portrait of the life of teenage boys in an Australian backwater. You can feel the heat, dust and sweat as the preoccupations of the protagonists emerge: sex, boredom with school, hostilities with bullies, fishing and cricket. In the background are hostile or indifferent adults whose actions are frequently a mystery, and who do little to help developing minds make sense of the world.

Ronnie’s grooming of Ben is horribly believable; a restrained and measured stalking of prey coupled with appeals to Ben’s developing manhood in such a way that makes it difficult for him to reject his abuser. The writing conveys with great power the key steps in Ronnie’s approach, and the consummation of his efforts is left to the imagination.

I have to say that while I am full of admiration of this book as an exercise in writing, it is a hard read. Childhood in circumstances like those depicted here is the sort to give the lie to the assertion that it represents the best days of our lives but rather is a time of confusion and frustration, of powerlessness and hurt. A moving portrait like this is sure to elicit sympathy.