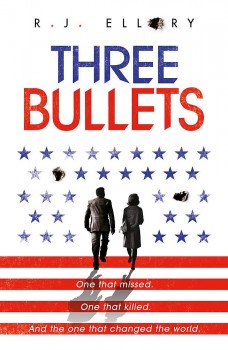 A conflicted freelance photojournalist investigates his ex-girlfriend’s supposed suicide, but while he battles his own demons he also uncovers the rotten core at the heart of JFK’s Camelot.

After a near two-year break, RJ Ellory returns with a high-concept thriller set in an alternate period America, which digs deep into the heart of the murky political landscape which was John Fitzgerald Kennedy’s mythical ‘Camelot’.

Even today there is still worldwide fascination with the period of the Kennedy administration and the conspiracy theories that surround that fateful day in Dallas on November 22 1963. Perhaps it takes a Brit like Ellory to strip away the myths and mists which still surround JFK’s tenure in the White House – the near-messianic president, his elegant and poised First Lady and the seemingly perfect family like some Arthurian royalty.

In this well-researched, hard-hitting, stylish and atmospheric thriller, Ellory offers a far more factual and reasoned view of the regime as well as an alternative, although still equally tragic, ending. He doesn’t focus too heavily on the corruption of American politics, but there is enough to show that behind the PR, Kennedy was not the man the myth depicts.

The central character is not even the president, but Mitch, a conflicted 35-year-old freelance newspaper photographer who takes on the investigation of the alleged suicide of his childhood sweetheart, later an established investigative reporter. Did she take an overdose when single-minded devotion to her scoop threatened to end her career?

Motivated by loss and guilt, Mitch, almost a stereotype from central casting – he ran from his girl to seek stardom as a war reporter, then right back again when the going got tough – pulls together a sinister puzzle, attempting to redeem the mistakes of his past without drowning in a bottle of bourbon.

Ellory takes these superficial characteristics and gives them substance – then confounds our expectations with genuinely unpredictable revelations from Mitch’s history as with the help of one or two sympathetic and curious detectives and agents, he untangles an intricate web of conspiracies.

This inventive, original and cleverly constructed story, which takes real events, people and places and subtly adjusts their significance and our interpretation of them, must have been challenging to write, but hits the ground running from the very first page. All the key players are there: John, Jackie, Bobby, the entire Kennedy White House team plus Lee Harvey Oswald and Jack Ruby in Dallas.

Ellory carries it off exceptionally well and none of the social or political debate slows the story, which is an engaging, rapid read. The payoff is just about perfect. He breathes new, if alternative, life into the greatest controversy of 20th century American politics with an accessible, intriguing and tightly plotted story with well-crafted characters. For those who still believe the Kennedy myth, students of modern history, or readers who just like a really riveting mystery, the storytelling is superb and should not be missed.