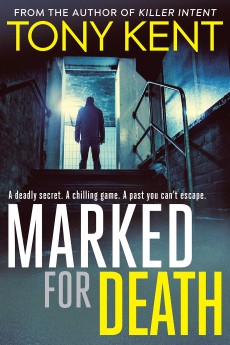 The crucifixion of a retired Lord Chief Justice is a very high-profile crime and DCI Joelle Levy, appointed to the case, has a lifetime of judgements to sort through to find a likely perp. When shortly afterwards a lawyer is killed the same way, however, the list of possibles reduces significantly.

Another matter competes for Levy’s attention: the killing of gangster Leon Ferris and three of his men. Police are surprised when the autopsy suggests the four were all killed by a single individual, someone evidently skilled with a knife. The author reveals enough to suggest that the two sets of crimes were related, although the detail is not revealed until later.

Journalist Sarah Truman, a friend of Levy, is reporting on these matters for her newspaper, but her partner Michael Devlin QC has his focus on the trial of his client Simon Kesh. Kesh is accused of participating in the brutal killing of a pair of villains but because of his fear of his co-accused, O’Driscoll, refuses to give his brief anything which would help present a viable defence in court.

Devlin obtains the court’s direction to separate Kesh and O’Driscoll, and then in court skilfully undermines a couple of witnesses, showing that mobile phone usage does not reliably place Kesh at the scene of the crime, and that someone claiming to have heard Kesh’s alleged admission of guilt is himself highly suspect. Things are going well when it is brought to Devlin’s attention that the murders Levy is investigating have something to do with the first case he ever had as a pupil, and that he and others are at risk.

This book has all the ingredients which might be thought necessary for a thrilling read but I had several reservations. The Old Bailey sections were a bit too heavy on the details of the robing room and other ephemera, and while the courtroom exchanges were satisfying, the underlying facts were sufficiently evident that the supposed brilliance of the featured QC seemed hardly necessary.

The shocking nature of the violence did of course add to the drama of the affair but the extent of it did rather over-egg the pudding. Devlin himself proves to be capable of violence himself, but whether consoling himself for the murder of friends or preparing to combat a cunning and lethal foe, his response is to drink several large whiskeys, not one that would be an inevitable formula for success.