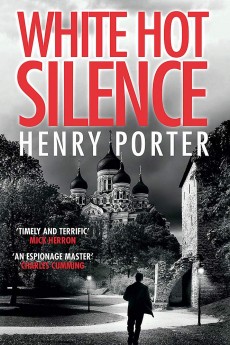 As a journalist Henry Porter covered stories such as the fall of the Berlin Wall, the Bosnian civil war, and the ongoing migrant crisis in Europe. All led to novels – the Wall prompted Brandenburg; Bosnia A Spy’s Life and the flight of hundreds of thousands from the war in Syria, Firefly.

His books illustrate exactly why British espionage fiction is the best in the world. All deal with contemporary events and the impact on individuals caught in them. Equally as important is the truth of the setting and Porter’s research of locations and the way people live and overcome challenges most of us will never face is a key to their success.

The stories are not just about historic events, they also focus on modern espionage, featuring both the need to counter emerging threats and the moral questions thrown up by an increasingly complex world. Against this background he explores the expression of character – the way some hold onto their humanity under every circumstance, while others lie, betray and kill.

Firefly, while dealing with all these issues, was the start of a love story between a former British spy and a psychologist working in an NGO, both of whom have been deeply affected by their experiences and find themselves unable to admit how much they mean to each other.
In this superb sequel, Porter blends that continuing love story with a realistic reading of the emerging Russian threat to the West – a mixture of encouraging our preoccupation with identity and gender politics and personal fulfilment together with the encouragement of increasing right wing extremist nationalism and with some mesmeric action sequences to rival Fleming.

Yet none of these strands is allowed to dominate in a story which mixes inside information, violent action, sentimentality and a genuine sympathy for the dispossessed into a riveting whole.

Greek aid worker Anastasia Cristakos is visiting a new refugee centre in Calabria, funded by billionaire Denis Hisami whom she has recently married, when she is ambushed and kidnapped. She manages one phone call before her Mafia kidnappers drug her. She comes to – alongside the corpses of her kidnappers – in the dark hold of a container ship heading for a Russian Black Sea port.

Anastasia is being held because former Kurdish Peshmerga guerrilla commander Hisami has vital information his enemies are willing to kill any number to obtain. Despite his wealth he can do nothing as false evidence has persuaded the Americans he was involved in terror activities and he is being held in jail with his passport seized.

In desperation he turns to former MI6 man Paul Samson, now a successful freelance missing persons tracker. But Samson is Anastasia’s previous lover and still in love with her. Even if he can find and free her, will it be for Hisami – or himself?

All the main characters, plus the precocious teenage Syrian refugee IT wizard Naji Touma and a couple of fumbling MI6 operatives, featured in Firefly. Additions, including a warped psy-war expert from the FSR, successor to the KGB’s First Chief Directorate, who makes Fleming’s Rosa Klebb look like Enid Blyton, a retired British spy now living in Estonia and the fringe Mafia members are carefully portrayed to keep tension high throughout.

It’s clever. It’s believable. Even if you haven’t read Firefly it works perfectly as a standalone.