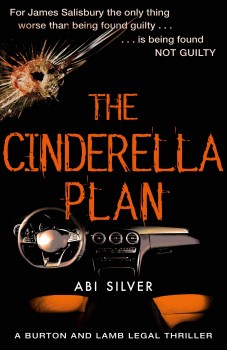 James Salisbury heads a company pioneering autonomous vehicles in UK. When his car is involved in a horrific crash, lawyers Burton and Lamb come to his defence.

This is the third book featuring the legal team of solicitor Constance Lamb and barrister Judith Burton. Once again, they are brought in to assist someone whose fate is bound up with developments in technology affecting society at large, in this case the production of self-drive, or autonomous, vehicles.

James Salisbury has built a company that has developed such vehicles, and has been testing them on UK roads for five years while negotiating with the government and other parties about the statutory rules which will need to accompany authorisation for sale. One day on his journey home his car is involved in an accident: a mother is badly injured and two of her children killed. Salisbury is concussed and has no memory of the incident.

The car is one of his own, a ‘third generation’, providing for both human and autonomous operation, but either mode represents bad news for Salisbury: he was either personally driving dangerously, or his vehicles are unsafe. Burton and Lamb are retained for the defence when an expert reports the car was under Salisbury’s control at the time of the accident, and Salisbury is charged with dangerous driving.

The first half of the book depicts the operation of Salisbury’s firm in the months prior to the crash, and problems delaying the approval for sale of his vehicles. A small working group dubbed ‘Cinderella’ has been set up to discuss issues with insurers, cyclists and the government, the latter represented by Peter Mears, who is being particularly careful that the new technology causes no problems for his masters.

Following the accident, Judith fronts the defence in court, while Constance does most of the investigating, the pair as usual making an effective team. Despite plenty of witnesses, including the recording systems in the car itself, it is unclear exactly what happened during the vital moments before the crash until Judith and Constance find the crucial bits of evidence, and bring this before the jury in court. Even after the decision at trial, certain elements remain unclear until the protagonists find the final pieces of the puzzle.

Burton and Lamb are an interesting pair, very sharp and capable at times of acting as skilled investigators. They are also fiercely independent, particularly Burton, who dumps a boyfriend during the case when she senses he is getting too comfortable. Burton’s prickly demeanour adds spice to the courtroom exchanges with counsel for the prosecution.

The series always provides some excellent courtroom moments for those who like that sort of thing and, as mentioned earlier, a thoughtful exploration of an area of life where technology is likely to make a big difference in the not-so-far-off future. Like Charlie Brooker’s Black Mirror, this provides some stimulus for contemplation as to just what exactly we are letting ourselves in for.