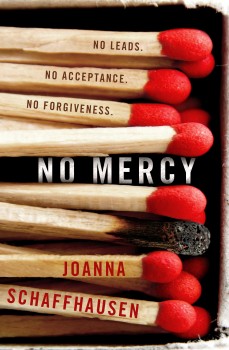 Ellery’s fellow victims of violent crimes may not help her with the therapy she desperately needs. They may be the death of her.

Ellery was the girl who got away, the only victim of Francis Coben to survive. But on the surface, that was a lifetime of misery away. Now she is the Massachusetts police officer on enforced leave for shooting a vicious murderer. Not because he didn’t need taking out, but because she did it in cold blood.
To move forwards, she must attend group therapy as well as her one-to-one rehabilitation sessions. Which she does in a twisted way when the victim of a vicious rape begs for her help in tracking down her predator. And curiosity barges in when she realises a man may have been falsely imprisoned for a spate of arson attacks over two decades previously. But curiosity may kill this cat without bringing satisfaction to Ellery’s clandestine investigations.
Although there is a fair amount of reference to Ellery’s past life, putting her character into context, I didn’t feel it interrupted the flow of this fast-moving story. And I barely sensed it was part of a series because it stands beautifully alone, offering a strong plot, a depth to each of the main characters and sharp, brief observation for the backdrop. Even the third person past tense did not affect my emotional investment in this book, because the points of view, which hop between Ellery and Reed, are gratifyingly deep.
Whether spontaneous or intentional, there is a satisfyingly meaty belligerence that runs through this story. Ellery is antagonism personified. Her introspections, dialogue and behaviour are at best hostile. The Massachusetts milieu, from the weather to the vulgar streets, are confrontational. The secondary characters are, at best, unreceptive.
With such antipathy towards her entourage, Ellery is a woman it would be easy to disconnect from. But the author makes her endearingly humane with her genuine affection for her dog, delightfully named Speed Bump, and her can’t-look-you-in-the-eyes-but-I’ll-bring-you-justice-if-it-kills-me attitude.
Reed, the FBI agent who saved her as a teenager, is outwardly and inwardly compassionate, but with a professional detachment that it seems only Ellery can compromise. He is the one that readers will sense and want to heal Ellery. The other characters are less well developed, but still distinct and three-dimensional.
Some readers will roll their eyes at Ellery’s occasional irrational action. But I let this one ride, because certain PTSD sufferers, which she clearly would be, behave in a way that seems entirely senseless to the non-traumatised world. However, the author tested my suspension of incredulity with Reed’s decision to ignore his boss and chances of promotion, which would ensure him greater access to his daughter, for Ellery.
The plot is satisfyingly complex, with Ellery, and later Reed, investigating two separate crimes. Although the question over the fire that killed a little boy is easy to unravel from early on for seasoned whodunit-hounds, the rapist was credible because he was one of several potentials.
Joanna Schaffhausen has a confident freshness in her writing. And this plot is powerful. No Mercy is a rare find I feel passionate enough about to call a hopeful dibs on her next book!