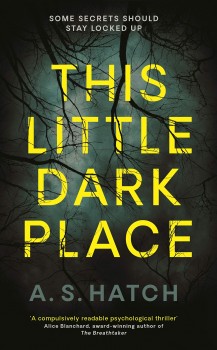 2033. Daniel feels compelled to write to Lucy, who he may or may not ever meet, about the events just outside his hometown of Wilder-On-Sea that led up to the day his life tumbled into free-fall.
2010. He meets and falls in love with Victoria. For the first few years, their life together bumbles along happily, until they start trying for a baby. It should be easy. It seems impossible, even with people giving Victoria increasingly unlikely advice, which in desperation she swallows.
2016. Distanced from Victoria and feeling lonely, Daniel joins a pen pal programme where people are matched with prison inmates – his match is the charismatic Ruby. She tells him all about her crime, her former life as an art psychotherapist, and about her twin sister.
As Daniel and Victoria’s relationship crashes, his with Ruby grows stronger. Then she turns up on his doorstep. And it seems Ruby wasn’t telling the truth at all. Daniel must decide not only who he loves, but also who he can trust...
The potential for connecting with the protagonist in epistolary novels is immense. It is almost as if one slips into the skin of that character. Daniel in This Dark Little Place is no exception. The downside, of course, is the tunnel-vision point of view. But the topic in this fascinating story is quite forgiving for a one-sided narrative.
Despite the irritatingly slow-burn speed of the majority of the book, there is a quality to the writing and enough meat on the bones to keep the reader hooked. I did flip back a few times to the beginning, to check. And I finished the book still unconvinced that the story started in the right place as the narrator meanders his reader through several relatively uneventful years, which inevitably is written in tell, not show.
The sad circumstances that pushed the main character to connect with a prison inmate are convincing and emotive. Being unable to have a baby must be devastating and all-consuming for many couples. Unfortunately, the more Daniel revealed about his life, the less he appealed to me. I felt for him, and wanted to slap Victoria for her callous behaviour, but Daniel’s wallowing irked in the end.
Despite Ruby’s presence on stage, she never felt quite real to me. And Lucy will only step out of the shadows in the last pages, so don’t bother looking for her before.
I found the different eras lacked distinction. Yes, as the circumstances reveal themselves, there is perhaps a reason for this lack of difference. But I had little sense of time and only an extremely localised sense of place.
Some of the descriptive language, bearing in mind this is in the form of letters, pulled me out of the story. The purple prose, surrounded by simplistic writing and much mundanity (in a false-sense-of-security way), grated.
However, this is a highly readable book, and one I thoroughly enjoyed ploughing through in one sitting. There is a sense of foreboding, a claustrophobic atmosphere to This Little Dark Place that pushes the reader down the unlit cellar steps and leaves them a little breathless.
Polished writing, a simple yet great premise, and a reveal that is complete without drowning the reader in unnecessary detail contribute to a sharp debut novel.