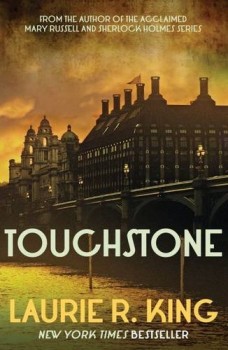 American Bureau of Investigation agent Harris Stuyvesant arrives in 1920s London on the trail of an anarchist bomber responsible for the death of his fiancée.

This reprint of the book that introduced Agent Harris Stuyvesant has lost nothing over the years.  Set in the mid-1920s in the turbulent run-up to the General Strike and the unrest of the fledgling Labour movement, it is richly imagined vision of an England divided by the mutual fear and hatred of the new wave of socialists and the old and privileged Establishment.

Into this febrile atmosphere blunders blunt and pugnacious undercover US agent Harris Stuyvesant, trying to prove a tentative link between anarchist outrages in America and a mysterious Englishman – bombs which killed his fiancée. A shadowy intelligence operative sends him to Bennett Grey, survivor of a shell blast, who appears to have developed remarkable mental facilities. In a world where privilege and radical politics exist side by side, Stuyvesant must decide who to trust as he tries to unravel a horrifying conspiracy.

Laurie R King’s research and scholarship bring the social and political aspects of the book to life, her writing is superb, descriptions of place and time are almost cinematographically lush, but it is the intelligence and strength with which she draws her characters – particularly the women – which carries this mystery far beyond the ordinary.

If you really want to criticise, the descriptions of the English aristocracy, their lifestyle and attitudes, seem to owe a great deal to Gosford Park or Downton Abbey, although she pays scrupulous attention to the history that has moulded her characters. One or two glaring Americanisms have slipped through the net and the choice of English names, especially Carstairs for the ambitious neo-Fascist villain, might raise a smile, but it could have been worse – Carruthers perhaps!

Also King’s use of the sometimes brutal American to introduce a little crudity into the mannered gentility of English country life occasionally jars with her otherwise smoothly intelligent, cleverly plotted and brilliantly delivered story of a country at a crossroads.