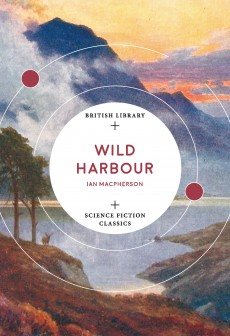 Pacifist couple Terry and Hugh flee to the Grampian wilderness to avoid Hugh being called up for a war with which they do not agree.

This uncommonly moving read features the struggles of a pacifist couple trying to flee the approaching madness of war by escaping to the wilds of Scotland’s Grampian mountains and their struggle for survival in a harsh and desolate climate.

Written in 1936, when a second European war was beginning to look more and more inevitable, Ian Macpherson’s multi-faceted story predicts the total collapse of society which happened in parts of the Continent, with hunger, chaos, fear and every man’s hand set against another.

How that war is precipitated, Macpherson barely suggests. But although far removed from the reality of five years of war, he manages to suggest that there is also a better way – even if suggesting that possibility is as much optimism as he can allow.

The two main characters, married couple Hugh and Terry, convinced pacifists, watch the approach of conflict with mixed feelings. Can they stifle their convictions? Is Hugh prepared to kill? Can they support the war without killing?  Can they survive being ostracised for their beliefs?  Can they survive if they live against their own beliefs? What are those beliefs?

When Hugh’s call-up papers arrive this indelibly middle class and positively twee couple try to flee entirely from what they see as the madness of the rest of humankind and hide in the Scottish hills.

From that point much of the emphasis focuses on the couple’s relationship and feelings. Terry’s kind-heartedness precludes her from participating even indirectly in killing, while Hugh needs her support to exercise his own freedom and independence. At times their debates and self-musings are melodramatic and bordering on hysterical and it is quite difficult to believe they would have any chance of surviving for long in the wilderness.

The practicalities of survival are also pretty much glossed over, almost lost in a beautifully written and moving tribute to the nature of the region – Terry must have brought a fully-equipped workshop with him to carry out some of the tasks described – as they gradually come to realise they did not plan to stay away very long, and couldn’t manage it, even if they wanted to.

Macpherson’s mixture of tragedy and hope, beauty, love, and terror serves to emphasise his grim prophesy of war – and also offers a foretaste of the peace and ‘back to the land’ movement of the hippy 1960s and its warped descendant, the American ‘survivalist’ dream.

This is a novel which will appeal to many, particularly fans of dystopian fiction – and even resonated with this former professional soldier to whom pacifism is an impractical anathema.
But be warned! Avoid the introduction as it will completely destroy any anticipation you have for the story. Read instead Macpherson’s own afterword on how this real Scottish countryman brought himself to deal with the reality of conflict.