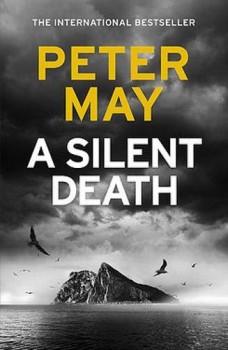 When a British drug trafficker living in Spain is exposed and his girlfriend killed, he vows revenge on the policewoman involved. Investigator John Mackenzie is sent from the UK to help out.

Jack Cleland is living the good life in the small southern Spanish town of Marvina on the proceeds of major drug deals when, by chance, he is stopped by police, and his pregnant girlfriend killed. Cleland blames local policewoman Christina Sanchez Pradell and promises that she and her family will pay.

Cleland is wanted in UK for various offences, so the National Crime Agency is notified and John Mackenzie is sent to bring him home for trial. However, Cleland breaks out of custody before Mackenzie’s arrival, killing several police officers in the process. Mackenzie is instructed to stay in Spain and help with the manhunt.

Cleland remains in the locality as he has a big deal in progress which offers millions in profit – enough to enable him to ensure he can remain undetected in the future. Mackenzie is determined to prevent this and employs his considerable intelligence to make some astute guesses about Cleland’s whereabouts. But it seems his foe is being assisted by an informant among the police.

Mackenzie’s quarry wastes no time in making good on his threats against Pradell: her husband, son, and brother are all at risk, not to mention Christina herself. Pradell’s aunt Ana, both deaf and blind, is singled out for Cleland’s special attentions.

This standalone novel is the latest in an impressive list of Peter May thrillers. The action scenes are very gripping and the characters typically well developed. The chief of these is Mackenzie, a man who has learned four languages and has degrees in a range of subjects but who is sadly deficient in emotional intelligence. His ability for sharp observation and deduction, combined with an apparent inability to restrain himself from giving unvarnished opinions, makes him an amusing protagonist.

Pradell and her family are also given sufficient substance, perhaps too much when it comes to the aunt, Ana. The chase comes to a sudden halt while we are introduced to this new character, and hear about Ana’s illness which caused her to lose both hearing and sight, and her boyfriend from whom she was parted by an over-protective father. While Ana’s background is interesting and becomes crucial to the plot, it might have been fed into the story in a less disruptive way.

With this minor exception, the story unfolds smoothly, with a very nasty criminal lurking in the background organising atrocities against Pradell, a character who we come to like. Cleland’s determination for retribution is perhaps carried a little too far for his own good, but obsession is necessary in a good villain. He is nearly as much fun as Mackenzie.