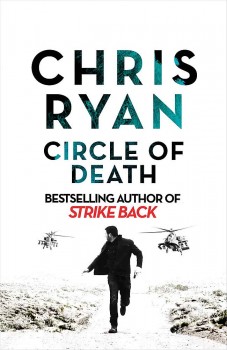 Former SAS operatives John Porter and John Bald are recruited to a deniable op to rescue a British academic accused of spying in Venezuela. It’s not a job they’re keen on, but neither are in any position to refuse.

Former SAS operatives John Porter and John Bald are anything but elite soldiers now. Porter is house-sitting for Arab sheikhs and Bald is running a failing guesthouse in Scotland, having been swindled out of a large amount of money by two former comrades.

When a bunch of loud-mouthed Aussie backpackers try to take Bald for a ride, they didn’t count on him losing his notoriously short temper and fighting back. A charge of grievous bodily harm won’t exactly enhance Bald’s chances of keeping his struggling business afloat, so when he’s thrown a lifeline by Madeleine Strickland, an old contact in the security services and offered an off-the-books job, he’s not exactly keen, but isn’t really in a position to refuse. Neither, for that matter is Porter.

The two ex-soldiers are tasked with joining up with a small group of ex-US Navy SEALS and rescuing a kidnapped academic accused of spying who’s being held amidst the political chaos in Venezuela. The British government want her back, but they also want a wholly deniable operation, which is where Bald and Porter come in.

Helping provide information on the academic is the rich and very shady Julian Cantwell, who styles himself as a political consultant. In the current political climate, a character like that isn’t hard to believe in. Cantwell is quite happy to use his contacts to act very ruthlessly when his own interests are threatened, and the opening chapters of Circle of Death show exactly how far he’s willing to go when his reputation is on the line.

It’s always good to get stuck into one of Chris Ryan’s military thrillers, and Porter and Bald make a good pair of protagonists, although in this instance, Porter – still trying hard to stay off the booze, and three years dry now – takes a backseat to his younger, mouthier friend, although former comrade is probably a better description than friend, as the two men never come over as having much liking for each other, and there’s plenty of sniping between them. But they quickly unite in the face of a common enemy, even though they are meant to be working alongside the Americans. None of the former SEALs come over as particularly likeable, but then neither do Porter and Bald.

There’s a strong sense of place in the book, with the pair on the backfoot as they have to rely on local hired help to get them to the compound where the woman is being held. And when it turns out that the local rebels are funding their operations off the back of a drugs operation, it comes as no particular surprise. The jungle scenes were enough to make me want to reach for the mozzy repellent and antihistamines!

Ryan never fails to serve up a slick, hard-hitting thriller, this time with a techno edge, slightly different to his usual fare, with enough twists and turns to keep the unwary off balance. He also expertly lobs in some very unexpected plot twists that left me with mouth agape, wondering what the hell had just happened. The action is hard-edged but never unpleasantly gratuitous, and there is always the sharp bite of lived experience in the books rather than simply good use of Google. If you like military thrillers, then Circle of Death is one for you. Ryan is still at the top of the game in this end of the genre.