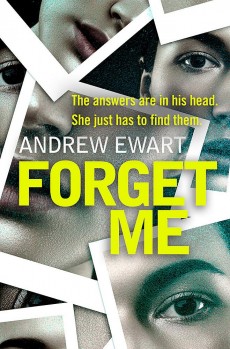 Hannah wants to know the secret her husband can’t remember, whatever the cost.

Euan and Hannah’s love story had unforgettable beginnings in Paris. And their marriage was unbreakable. Hannah would have sworn those statements were true, until the day Euan parked on the lines at a train crossing not far from their London home and refused to move his car to safety. Or get out.
The collision between train and vehicle leaves Euan in a coma for months. Now finally awake, the doctors diagnose him as amnesiac. From Euan’s point of view, Hannah is a kind but persistent stranger for whom he has no feelings. Though they muddle by, this is not the marriage or life that either of them signed up for.
From Hannah’s point of view, the whole deal is worse because the secret Euan was on the verge of disclosing on that fateful day is hidden in his damaged mind. Hannah eventually contacts the staff of the Reel Memory Project. And to her absolute fear and optimistic delight, they are certain they can help restore some semblance of Euan's lost identity.
The “Ree-Mem” believes memory is a series of chronological and interwoven movie-like scenes, that, if the original event had been a shared experience, those participants can feed to another under a form of deep hypnosis. Euan begins treatment, but something is bugging the stimulated memories Hannah has documented with infinite precision from her recollections. A strange, creeping fog trespasses each scene played from Euan's past with increasing significance. And Hannah knows she needs to get Euan out of those scenes before the fog consumes him.
I love psychological thrillers. And, if believable, I welcome a bit of sci-fi drizzled into the plot. As a thriller, this book delivers. I congratulate Andrew Ewart for this debut novel. He has written his characters with conviction and has found his voice. Moreover, with attention to plotting and ramping up the tension and suspense, he has created a meaty story.
That said, the lack of depth in his description/explanation of the Ree-Mem process made me wonder if he was worried about bogging his readers down with technical blah-blah or if he was skimming a subject (hypnosis) that he had not researched. It is a shame, because it left me sensing a degree of implausibility about the treatment, even though hypnotherapy is my ‘thang.’
Although Jack is a central character, he never quite leapt off the page for me, despite his point of view being in the first-person present tense. I like him, even though he seemed to have spent much of his earlier life drunk. Perhaps Hannah’s point of view, despite being in the third person, flattened him out.
And talking of Hannah, she is the protagonist I love to hate. She had me riled from the start. I didn’t like her thought process or her narcissistic imposition of a polarising form of treatment on her husband. Although it is central to the story, she lost my sympathy vote mostly because, let’s be honest, all she wanted was to know his dirty little secret.
Unfortunately for her (and me), the reveal is underwhelming. It is like so many novels I have read recently, where the ‘crime’ the husband/wife has committed that pushes their spouse over the edge is about as dramatic as a sparkler doing its bit during a heavy downpour. Worse still, it is not the surprise of the century.
This is a story that flits between time-zones and points of view, a technique I like, though there is a degree of repetition that could have been weeded out. But this is a solid debut, showing confidence and talent.