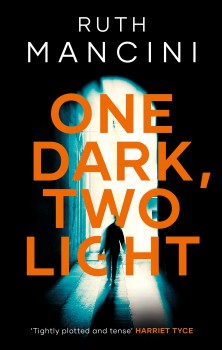 Solicitor Sarah Kellerman discovers a police sergeant in a critical care ward, apparently unidentified. When her client is questioned about the officer’s injuries, Sarah has suspicions about the police accusations.

Sarah Kellerman is a London solicitor specialising in criminal defence work. The book proper opens in court where she is defending Jerome, a young black teenager whose obsession with cars is getting him into trouble. Her brief but convincing plea convinces the judge, and it is plain she has Jerome’s interests at heart.

Sarah has been bringing up her autistic son Ben alone after husband Andy found his son too stressful and returned to his native Australia. She has formed a new relationship with barrister William, who is in hospital recovering from a wound which has developed complications. While visiting William she comes across Mark, a police sergeant who she knows, and is surprised to find the hospital ignorant of his identity.

Sarah contacts the police who tell her that Mark was involved in an undercover operation when he received grievous injuries from an assault outside the Hope and Glory pub on the periphery of a sink estate. She is less than convinced of their explanation of events, especially when her client Jerome is picked up for questioning and accused of involvement.

Her previous contact with Mark is sufficient for Sarah’s boss to pull her off Jerome’s defence on the basis that this would represent a conflict of interest. The police are hostile, William is acting strangely and husband Andy has returned expecting his family life to resume where it left off on his departure. These pressures would defeat a lesser woman, but Sarah is made of stronger stuff.

That Sarah irritates those around her is beyond doubt: her boss, her husband, the police and the judge all find her unmalleable. On the other hand, she’s definitely somebody you would want on your side when you’re in trouble. With some limited help from a disaffected policeman, Burdie, she finds evidence of what really happened on the night Mark was assaulted.

This is not to say that she limits herself to the normal daily round of a solicitor. At one point she visits the Hope and Glory seeking a witness, and for cover negotiates a drug deal from the local gang, her order giving the title for the book. That she makes it out of the place is a tribute to Burdie’s coincidental presence; the tension is palpable.

The book is excellently plotted and full of incident, weaving together domestic and professional concerns in a way that feels wholly realistic. The author’s rendition of the progress of the magistrates’ court, the attitude of the police and the demeanour of Jerome all ring true, as does the depiction of the life of a single mother with an autistic child to manage. Sarah is a very modern heroine.