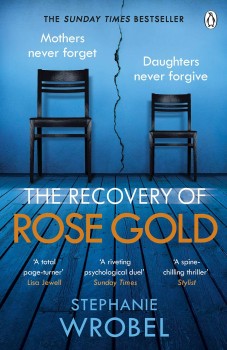 The Recovery of Rose Gold

Until she was eighteen Rose Gold was subjected to intensive unnecessary medical interventions by her abusive mother. After five years’ imprisonment for aggravated abuse her mother is being released but can the apparent reconciliation be real?

Rose Gold Watts was brought up by her single mother, Patty. However, Patty subjected Rose Gold, from infancy, to serious medical interventions, including feeding tubes, wheelchairs, and constant medication. These resulted total hair loss, stunted physical development and seriously discoloured and damaged teeth. Patty appeared to be a pillar of the community, leading fund raising and apparently helping others. This all changed when Rose Gold finally decided that things were wrong, and her mother was convicted and imprisoned for aggravated abuse. Now Patty is being released from prison and her daughter has decided to collect her and to offer her a home.

However, the home is Patty’s childhood house, full of bad memories. Rose Gold has a new baby, father unknown, and Patty is keen to play a part in his life. But everything is just off key. Rose Gold doesn’t appear to really trust Patty. The local community is horrified at Patty’s return and she is subjected to constant rejection and outright hostility.

As the present day story unfolds, more is revealed about Rose Gold’s life as a child and more about her life when her mother was in prison; a time in which she discovered her father and his new family. It becomes clear that Rose Gold has her obsessions and finds relationships hard. Is she the sweet innocent victim or is she much more her mother’s daughter?

The plot is relatively simple. There is a close range of characters and the story unfolds in alternating chapters from the point of view of daughter and mother. Their uncertainties and actions gradually unfold but as neither of them appear to be really truthful, even to themselves, the reader is left with conflicting opinions of where the plot will lead.

When the denouement arrives, it is worth the wait.

I read this book at a tremendous pace. It is both engaging and gripping. I became involved in the lives and opinions of the two main protagonists, occasionally feeling sympathy but mostly feeling distaste and antipathy. The storytelling is very atmospheric, and it all works.