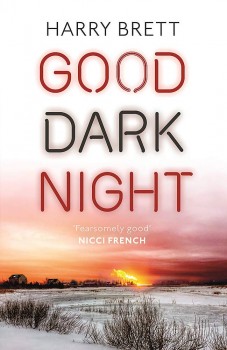 Tatiana Goodwin, widow of crime boss Rich, has struggled to take over his business as enemies pile up. Now she must learn that power comes at a price.

This tale of small-town corruption, organised crime and a seriously dysfunctional family, is nothing more than noir by numbers.

Let’s start with the setting. Great Yarmouth is a dump, a claustrophobic community whose location, facilities and dismal Fenland weather lend themselves to the seediness and brutality so often dominating fading rural communities.

Then there’s the story itself. After years of struggle, Tatiana Goodwin, widow of crime boss Rich, has struggled to take over his business. Now she is at a point where she is considering expanding the Goodwin holdings. But enemies are piling up. Her son Ben is kidnapped by a rival gang and as her family falls apart, she must learn that power comes at a price. The ghosts of her past catch up and she begins to crumble.

It is left to the ageing and overweight, but ever-loyal Frank, Rich’s homosexual ‘enforcer’ to try to sort out the problems. He knows the business, he knows the area, he knows who to go to for information. But what he doesn’t know is that there is a deadly new threat in town, and those sources are now answering to a different power.

The Goodwin empire – and their lives are on the line – and as Rich’s untrustworthy brother, long thought dead, reappears to muddy the waters still further, Tatiana comes to realise that only a sacrifice can save them.

All the requisites of modern noir are there. The story is often brooding and atmospheric. There’s the right amount of swearing, some fairly sordid sex, the right ‘wagons’ and weapons, but it all just doesn’t gel.

No one will convince me that the two most senior CID officers in Norfolk police are bent and working for rival criminal organisations. I’ve worked with the Sweeney, admittedly in the 1980s, and they then didn’t have enough brains to produce one Kenneth Drury – commander of the Flying Squad – between them!

Again, I’ve never met a professional hitman – just a few guys reputed to be – but I’m certain none of them would be stupid enough to dump the bodies of their victims in the same place, even if it was the treacherous and muddy River Yare!

Join up the violent dots, paint in the criminal colours, and if you’re ever lost in Great Yarmouth a mention of most of the town’s streets will substitute for a map!

As the late Frankie Howard would say: ‘Nay, nay and thrice nay, missus!’