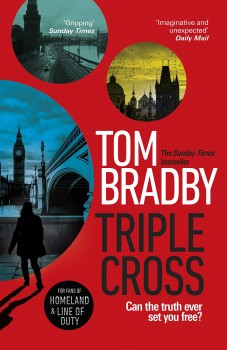 Kate Henderson is reluctantly pulled back into spying at the personal request of the prime minister, and then finds that her job will entail unmasking a Russian intelligence asset at the heart of MI6.

Kate Henderson has left MI6 after a disastrous investigation into an allegation that the British Prime Minister is working for the Russians. She is in France where her husband Stuart, exposed as a Russian agent, has joined her in an attempt to portray some semblance of a normal family life to their teenage children Fiona and Gus.

However, the PM shows up in person seeking Kate’s assistance to clear his name, threatening that Stuart’s continued contact with the kids will be dependent on her co-operation. It is also revealed that a Russian diplomat has come forward, asserting that the accusations against the PM were orchestrated by Moscow with the help of a mole, code-named Dante, said to be at the very top of MI6.

Consigning temporary care of the children to her aunt Rose (another MI6 agent) Kate starts work. The two primary candidates for the mole are the existing and former heads of MI6, Ian Granger and Sir Alan Brabazon. After some exploration of past operations which might give a hint, Kate makes a visit to Istanbul to interview a Russian agent, but in a thrilling episode is deprived of vital information at the last moment.

This is only the first of Kate’s overseas travels, to Prague and then Russia. In each case there is plenty of tradecraft and usually more than one party known to be interested in Kate’s movements, making for plenty of twists and uncertainties.

Mixed in with this action is constant speculation as to the interpretation of past and current events between Kate and her small team, the PM, his advisor and others close to the matters in hand. The pace is relentless and there are occasional external events with a familiar sound - such as the revelation that the PM once visited the estate of a US man recently unmasked as a predatory paedophile.

It is easy to imagine a substantial divergence of views about this series. Kate’s dedication to her bratty teenage offspring and continued interest in Stuart, who has betrayed her in several ways, remain irritating. More importantly, it seems to stretch credibility that a mid-ranking officer like Kate should be given the primary role in such significant matters.

There is no doubt, however, that Tom Bradby knows how to write a thriller. The complex details of the plot and the interweaving of the various strands is admirable, and successive revelations skilfully build up the tension. I don’t expect I will be the only reader abandoning mealtimes to finish the book – I think it is the best of the series so far.