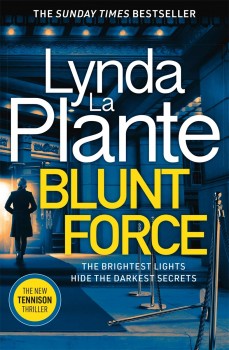 The series marked a turning point for women’s roles on television, showing Tennison as a driven, determined, tenacious investigator fully on top of her job and also a ground-breaker for women’s rights, dealing with frequent sexist hostility from male colleagues.

It’s also a huge tribute to both the commercial acumen and sheer writing ability of her creator La Plante that she has made this series of prequels – Jane’s rise through the Met ranks – so fascinating, riveting and realistic. This latest is the best by far.

Life for women officers in the late 1970s and early 1980s, the period covered by this story, was never easy. They were regarded as filing clerks, tea makers, or at best unofficial nannies in domestic incidents, particularly in the adrenalin-fueled atmosphere of CID operations. Their major point of interest was their figures, their availability for sex and they were the subject of frequent slights or sexist comments and occasional molestation.

La Plante captures this situation brilliantly and her research is topped by some surprising revelations. As a crime reporter in that era I met a number of WPCs and WDCs and sergeants – there were few women above those ranks. But it has taken the author to inform me 40 years later that the best way to cover a transmitter for undercover operations is attach it to an underwired bra! This is what makes her stories so realistic and convincing.

As the story opens, life is difficult for Detective Sergeant Jane Tennison. She has been rejected by the macho – and hideously corrupt – Flying Squad for allegedly ‘freezing’ during a shoot-out in which an officer was injured, despite the fact that she was unarmed!

Her ‘punishment’ is a posting to Gerald Road, that sleepy, but elegant station in Buckingham Palace Road in well-to-do Knightsbridge, where the last major crime reported was the disappearance of Richard John Bingham, 7th Earl of Lucan, a professional gambler and man-about-town following the strangulation of his children’s nanny years before. With only petty crime to consider Jane worries her until then brilliant career is stalling.

The brutal murder of big-time showbiz agent Charlie Foxley – clubbed to death with a cricket bat, his body dismembered and disembowelled – offers Jane a real chance to display her detective skills, alongside her old friend DS Spencer Gibbs.

As the investigation progresses Foxley begins to emerge as a thoroughly unpleasant character, a man with many enemies as well as some powerful friends. Their introduction to the louche and corrupt world of show business provides a shocking eye-opener for the detectives. It’s not just the drugs, the abuse of power and the horrific exploitation of young, even under-aged, girls looking to break into the business, it’s also the unwillingness of many of those they interview to reveal any more than a half-truth, and that only under the strongest pressure.

The main plot moves slowly, allowing the story, with a convincing array of minor characters, to develop naturally and there is a real twist which gives the murder a very up-to-the-moment and unexpected ending, perhaps to be exploited further in a future book. And in keeping with historical accuracy, there’s also a clever sub-plot involving Operation Countryman – ‘The Sweedy’– detectives from constabulary forces brought in by Commissioner Robert Mark in 1978 to investigate corruption in the Met.

They were derided on their first appearance, but armed with information from criminal supergrasses, their work lasted almost nine years and led to the arrest and prosecution on corruption charges of eight high-ranking officers including Flying Squad chief Commander Ken Drury, and the forced resignations of at least 200 others from both the CID and uniform branches.

Jane Tennison has only to progress two more ranks to bring her up to her TV status. I’m certainly hoping the author can prolong that process!