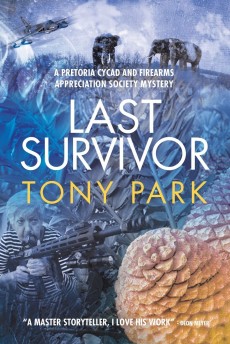 Two hundred and eight million years ago, before dinosaurs roamed the earth, a striking plant known as the Cycad thrived in what we now call South Africa. Woody and tall with a shaggy green crown and bright orange seed cones, they resemble spiky palm trees and bear pineapple-shaped cones. Long-lived, some specimens live more than 1,000 years and they are now the world’s most threatened plant group.

The 38 known South African species grow on steep slopes in short grassveld in deep valleys between forests in Mpumalanga and also in Swaziland. Four are on the brink of extinction and seven have fewer than 100 plants left in the wild.

Durban’s Botanic Gardens houses the only known example of a Wood’s cycad, first found in Zululand in 1895, surrounded by security cameras. A male and unable to reproduce without a female plant to germinate, it is extinct in nature. The plants are so threatened there is even a national society for their preservation. Fanatical plant collectors would pay millions for a single female Wood’s plant if such a thing existed – and go to almost any lengths to obtain it.

Forgive the horticultural lesson. But it should explain the plot behind the latest story from Aussie ex-soldier and conservationist Park.

This story has all his usual focuses: greed, political corruption, organised crime, international politics expressed through revolutionary groups, action, adventure, romance, animals, beautiful landscapes and stunning animals. But I – and I am sure most readers – did not know there was a criminal trade in rare plants!

The plot revolves around the theft of the only female Wood’s cycad left in the world from the private game lodge of a wealthy playboy Kuwaiti prince and given to the improbably named Pretoria Cycad and Firearms Appreciation Society to guard before being returned. It disappears at the same time that one of the members, the widowed and near-bankrupt Joanne Flack, flies to London leaving the society wondering if she stole it, along with their funds, or whether there is a traitor in their midst.

Her attempts at remaining anonymous end when she is involved in a street terrorist attack and the hunt for her and the plant, headed by retired US Fish and Wildlife Department agent Rod Cavanagh – her former lover – uncovers an extensive smuggling operation with links to an Islamic terrorist group under investigation by the CIA.

As their name implies, the group’s largely late middle-aged and elderly society members have another interest. Survivors of South Africa’s border wars – Angola, Mozambique, Rhodesia – all have been highly trained and are keen to keep up their old skills.

They become involved in a search and rescue operation for Joanne and the cycad alongside CIA mercenary Sonja Kurtz, corrupt police and politicians, and involving a private jihadi training camp and some vintage aircraft – hardly a rare sight in South Africa.

This could be seen as very as a ‘boys’ book’, with its political/terrorist drama, weapons, vehicles, sexual tension and what appears to be an obsession with attractiveness levels and age. But South Africa is very much like that!

For my money the real heroine is Thandi Ngwenya, the Matabele former ZANLA guerrilla commander from Rhodesia, a minister in Mugabe’s first government who, sickened by its corruption and repression, first defected to the opposition, then fled south ahead of detention by the murderous Central Intelligence Organisation taking only what she could carry – plus her beloved Makarov pistol! She’s formidably intelligent and determined, a fact testified to by her rise through the ranks of an organisation dominated by traditional tribal rivals to specialist training by Russian experts, and is now settled as part of a society she once sought to overthrow.

She has established an Uber concession but has more trouble in making meaningful social contact with her white neighbours, most of whom would have been happy to kill her 30-some years earlier. A black woman in such a key role is a timely acknowledgement by Park of the changing face of South African society.

Last Survivor is another great read, with plenty of humour as well as fast-paced action and an important message. And for readers who doubt whether a bunch of old-timers could take on a roughly equal number of young jihadis, as an ex-soldier with some experience of bush warfare I’d back combat experience, weapon familiarity and speed and accuracy of fire any time!