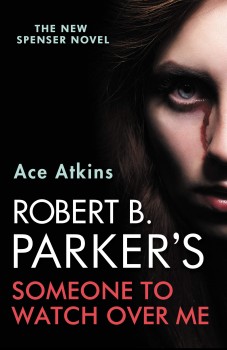 Robert B. Parker's Someone to Watch Over Me

Boston PI Spenser and his latest apprentice, Matty Sullivan, go up against a billionaire with very unsavoury habits and some equally unsavoury friends to take down a network of men – and a woman – who abuse young girls.

Over the years, Spenser – just Spenser, with an s, not a c – has had a lot of proteges, not to mention his numerous sidekicks. Two that spring to mind are Paul Giacomin, Spenser’s adoptive son, and his Cree apprentice Zebulon Sixkill. Now there’s college kid Matty Sullivan who ten years ago hired Spenser to find her mother’s murderer and now intends to be a private eye when she graduates.

Matty, like many of the people Spenser surrounds himself with, is sharp, sassy and determined, so when she gets wind of the systematic exploitation of underage girls by a rich, unprincipled older man who frequents an up-market private club in Boston, she finally has a big case of her own.

Things start small, with Matty helping the girl, Chloe Turner, to get back the laptop and backpack she left behind in her precipitous flight from the club when the man she was giving a massage to exposed himself. But nothing is ever simple in the world of a Boston PI and Matty soon realises that Chloe is not the only girl exploited by being offered money and then sucked into the seedy world of men like Peter Steiner who like surrounding themselves with young girls, some imported from Asia, some recruited from within Boston.

All the girls need the money and when faced with a billionaire prepared to do anything to preserve his lifestyle, they don’t stand a chance, even if they and their families do try to involve the police. In Spenser’s world, if you own a private island, buying people off or frightening them away comes with the territory.

I’ve been following the Spenser series for a long time, with 40 books by his creator, Robert B Parker and nine more by Ace Atkins, who’s pulled off that almost impossible trick of stepping into some very big shoes and filling them perfectly, taking the books back to a time before Parker stripped his always spare prose so far back that it became almost skeletal.

Neither Atkins nor his predecessor have ever managed to get me to warm to the love of Spenser’s life, the finicky Susan Silverman, a character who’s capable of starting a row in an empty room, and she’s no less annoying here – but for me, that’s possibly because she is keeping Spenser’s new puppy, Pearl, at arm’s length. For the uninitiated, Spenser calls all his dogs Pearl, and they are all German short-haired pointers. To Spenser, they are all Pearl, perhaps even the same Pearl, but on this occasion, Susan isn’t so sure, so naturally I revelled in being irritated by her – again. Anyway, I digress …

Unsurprisingly, Matty does need to turn to her mentor for help, but even with the redoubtable Hawk at his side, there’s a risk that Spenser is going to be outclassed here, as he’s once again up against the assassin known as the Gray Man, the killer who shot Spenser in the back, leaving him for dead in a freezing cold river in winter. Spenser has aged only slowly in the books, but there’s a real sense here that he is aware of his own mortality, and that slight vulnerability is in stark contrast to the seemingly blasé attitude I’ve become used to. But Spenser has never run from a fight and he’s certainly not going to start when he’s up against child abusers.

With the help of Boston lawyer, the formidable Rita Fiore, Matty and Spenser do their best to get Steiner’s victims to testify but naturally, more unconventional means end up being necessary to show the bad guys the error of their ways. The final showdown on Steiner’s private island is tense, exciting and every bit as good as any action scene written by Parker.

For me, Atkins absolutely nails everything. I was practically biting my nails as Spenser and Hawk went into action against a small army of very well-equipped bad guys as well as Spenser’s nemesis Ruger, the Gray Man. The denouement was clever and utterly unexpected, coming out of nowhere like a kick to the solar plexus, and playing to one of my favourite tropes as well.

Atkins proves that it is possible to continue an author’s work and do justice to their characters, and I hope he continues to do so for a long time. Just as long as nothing bad happens to any of the Pearls, you understand.