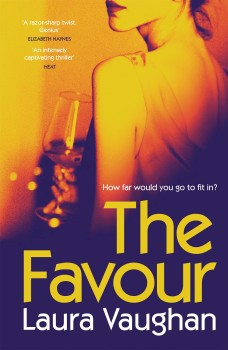 Ada Howell, brought up in a large old house somewhere in Wales, constantly tries to live up to her start in life. So much so that even the death of a fellow student on a trip to Italy doesn’t change her ambition, until reality is revealed.

Ada Howell was brought up in a large old house somewhere in Wales. Her mother sold it on her father’s death and Ada spends the rest of her young life trying to live up to this beginning.

When Ada’s application to an Oxford college is turned down, as a small consolation her wealthy aunt offers to pay most of the cost for Ada to join a study tour to see some of the sights of Italy, visiting cities such as Rome, Pisa and Venice. The group she joins is called Dilettanti Discoveries and seems to attract wealthy young people for whom a two-month trip to Italy to see some of the famous sights seems to be an essential element in their education. Some seem to have studied art history or the classics already. Ada aspires to be like these people, not in her knowledge but in her status. She talks a lot about her father who was a writer, and the big house where she grew up. She even takes to wearing pearls to try to improve her image. Relentlessly self-conscious and self-promoting, she watches and waits for any opportunity to cultivate the best, most useful, friendships in the group.

When a young American girl, a member of the group, is found dead at the foot of a flight of steps in Venice, Ada steps in to try to protect her new best friends from any blame.

Much of this book reads like a teenage diary, with Ada watching everyone else and trying to analyse who likes who, and with whom she should try to be friends. The only genuine character in the book is the young American girl, shunned by the rest of the group, and who ends up dead. The story is narrated solely by Ada, and so everything is seen through her eyes, and is consequently influenced by her aggrandising agenda. A fairly pathetic attempt to redeem her character comes on her immediate return from Italy, influenced partly by some of the religious sights she has seen and partly by guilt at her own behaviour.

Throughout the book there is a smattering of art history and other historical references. They are incidental to the story but are an attempt to bring reality to the study tour. There seems to be no interest at all, however, among this group of young people in the academic side of the trip. This seems very unfair to the many young people who are interested to learn and would welcome and enjoy a study trip for the knowledge and experience it could offer. Just seeing it through the eyes of a seemingly silly young woman such as Ada seems rather unbalanced. Although there are some nice descriptions of old run-down palaces in Venice and a fleeting reference to the inappropriateness of allowing cruise liners to visit such an historic city, the context of Italy largely seems to be wasted.

It is difficult to like a book where the plot revolves around the admiration of a group of shallow but wealthy characters, especially when there are now so many better role models for young people. The context is full of promise, but a more inspiring story might have been more memorable.