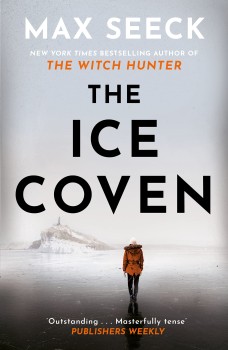 A man and a woman go missing in Finland. Small clues, painstaking work and huge discoveries drop the Violent Crimes Unit of the Helsinki police department into a world of pain and depravity.

The story is built around the investigative work by the small Violent Crimes Unit of the Helsinki police into the disappearance of two people. There seems no connection, and there are no bodies, so the clues are few and far between.
Jessica Niemi and her colleagues have recently lost their beloved superintendent, and his replacement seems determined to rule by dividing. She has it in for Niemi, who has a chequered past and a psychological profile that the new boss can use against her. It is mutual dislike from the start. Jessica is admired and liked by two of her colleagues, has a problem with one more, and is wary – rightly – of the other. They are all distinct characters, and the tension within the Unit is wonderfully drawn and contributes to the tension within the book. The way they work their way through the investigation together, and separately, keeps the book flowing, and the pace never flags.
Technology plays a huge part in the book, and whether the reader understands and follows the revelations of what is possible to track from phones, apps and websites or not, doesn’t really matter, because of the manner in which the story unfolds. The fetishes and sleaze side of the story – and let’s not forget the murders – are prominent and central, but at the same time, the excitement of uncovering the secrets is more important than then the grubbiness of that world. Again, a tribute to the storytelling.
Kristian London has clearly translated this Max Seeck novel with relish and has done a terrific job. It is a cracker of a read and I loved it. Seeck is a Nordic noir reader as well as a noir writer, so he is immersed in the genre. I found it somehow less bleak and silenced by gloom and heavy snowfalls than others I have read, and I think it is because of the characters. He also gets away with a lead character who ‘sees things others do not’, which is hard trick to pull off in crime fiction – James Lee Burke, John Connolly and David Mark do it superbly, but not many others manage it with such aplomb.
The identity of the overarching villain is not made clear until the very end, and I failed see that reveal coming. I must be slipping, but hooray for that!