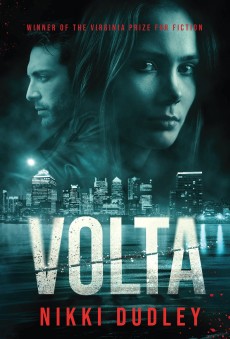 A woman flees to her therapist covered in blood in the belief that she has murdered her partner. Her lawyer carries his own demons and has a similar childhood past.

Briony Campbell thinks she has killed her boyfriend, Ed Porter, and rushes to her therapist, Mari Demetriou, covered in blood, instead of calling or going to the police. When the matter does find its way to the police, it is handled by Maris brother, Aris Demetriou.

SJ Robin, known just as SJ, becomes Briony's defence lawyer. SJ and Aris, the detective, are friends. SJ and Mari, the therapist, were almost an item a year earlier and there are hints that that relationship will be resurrected.

Briony had been under therapy because of prior memory loss. Her brother, Jason, died in a lake drowning incident when he was four and she was seven. A thread running through the book is whether she was in a baby-sitting role at the time and therefore partly responsible for her brother's death.

To round things off, SJ has a history not too dissimilar to Briony's. His father, William, is in prison for having murdered SJ's mum when SJ was nine. SJ recalls little of the incident but has a long facial scar that he received at the time of the murder. The door is left ajar to accommodate the possibility that SJ committed the crime and his father covered for him.

Ed doesn't die and emerges from a coma. The case is then dropped partly because he won't press charges and partly because of the suspicion that the police case is not strong enough as there is no evidence linking Briony to the weapon used in the murder attempt.

Actions taken by various parties start to firm up views of Briony's guilt or innocence  and developments regarding the childhood events also surface.

SJ delivers his account in the first person, but the balance of the novel is delivered in the third person. This approach is not disruptive to the flow of the story.

The book doesn't reach great heights either as a mystery, legal thriller or police procedural (there is a rather comical police display at one point) and falls into the psychological thriller category. Quite a few characters are carrying baggage and the book spends time identifying and dealing with them.

The interactions between the players are somewhat strange at times (for example Ed, the intended victim, barely utters one sentence in the whole novel) and I started to wonder whether the scenarios were realistic or too far-fetched as more and more information was drip-fed. I think most people will form views of Briony and SJ that will hold true for the whole story.

The novel moves well at an even pace and doesn't really have any dead spots. The reveals confirmed suspicions I’d developed and therefore arrived without major plot twists. The ending is reasonable and supported by what has gone before. However, quite a bit of licence is used in delivering the story and some may find the jumps that need to be made are a little too convenient.