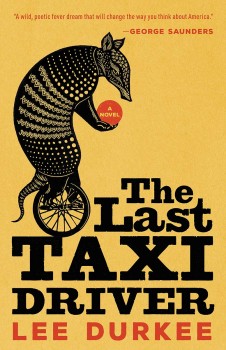 Lou Bishoff, a taxi driver in Gentry, North Mississippi, spends a long day moving customers around town pondering their problems, and his own.

Lou Bishoff drives a taxi, a Lincoln Town Car that has seen better days. The car is one of about ten All Saints Cabs, owned by Stella, a devout Catholic who promises much but rarely delivers. Lou nurses his cab around town, many of the fares being familiar characters or at least journeying to familiar places.

Competition from Uber and others from the new generation of driving companies is likely to put an end to firms like All Saints, hence Lou’s feeling that he is likely to be the last taxi driver. For the present, however, he is still working, and providing cheap rides for those who need them to get to work, to get home from the hospital, or prison, or whose mobility is poor enough that a cab is essential for them to do their grocery shopping.

With these kinds of customers Lou is frequently called upon to go the extra mile, giving customers assistance to fetch and carry or even provide bodily support. Lou doesn’t seem to mind this too much; he likes his regulars and accepts that few of them can afford to tip. He gets uptight about the poor drivers who threaten his life on the roads, though, not to mention red lights, and his dispatcher.

Lou’s equanimity is not aided by the number of Red Bulls he swigs, and his study of Buddhism so far has failed to secure the tranquillity he is looking for. His girlfriend is mired in a permanently depressed state, and Lou is subject to debilitating back spasms at the worst possible moment.

Nonetheless, Lou’s musings on the vicissitudes of his customers and himself are very entertaining, and frequently hilarious. You might say he specialises in lifetime losers, whose ability to snatch defeat in the lottery of life is astounding but at the same time very predictable. Foremost amongst these is Stella’s son Tony, back in town and claiming Lou as his best buddy. Lou has a remarkable ability to forgive selfishness and ignorance and he comes across as a truly good guy. If only he knew how to get his own life sorted.

The humour is enhanced by quotes from Bill Hicks, previously unknown to me, and occasional passages are reminiscent of Dave Barry, a man who can give you terminal damage from laughter. Other moments have a kind of poetry. As Lou’s day stretches out, his thoughts take on an almost hallucinogenic turn and his mind bends towards the UFOs that form a predominant interest of his. This is a brilliant read and provides an insight into the USA that you won’t get from the TV.