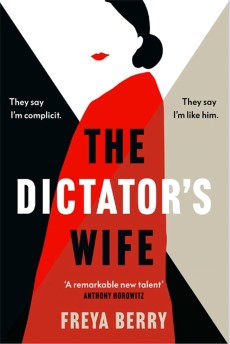 In 1993, a young London lawyer of Yanussian descent joins a team to defend the wife of the dictator of Yanussia, a fictitious Eastern European country.

From the beginning of this book, I was mesmerised by the richness of the writing and the author's observational skills. The setting is Yanussia, a fictitious country in the former Eastern Bloc, wedged between Hungary, Romania and Serbia, with a population of ten million, which is more than each of Serbia and Hungary. The flavour is very Romanian, however, with the naming conventions and the similarity of the fate of the country's dictator in 1989 to that of Nicolae Ceau?escu, the former Romanian President. Both were killed by their own people during the protests of the time.

Most of the novel is set in 1993 when Laura Lazarescu, a young London lawyer of Yanussian descent, travels to Yanussia as part of the legal team called in to defend Marija Popa, wife of the former dictator, Constantin Popa. Marija is charged with money laundering, bribery, fraud and corruption. The story is book-ended by events in 2018, when Marija dies and Laura reflects on earlier events. The story is told in the first person by Laura.

For security reasons, Laura, her boss, Pavel, and her colleague, Jude, spend nearly all their time on the case in Marija's mansion. This is not a legal thriller, although a verdict is announced at the end. There are no real discussions on matters of law, nor any courtroom scenes.

That said, there are plentiful ingredients in the tale, with questions arising about whether information leaks are happening and whether someone is working against them. Pavel, perhaps, as he was seen making a clandestine visit to the prosecutor's office, even though he may have been one of Marija's former lovers, or Radutu, the team's barrister, who may still be associated with the good old days. Maybe even Ecaterina, Marija's sister, possibly still holding an old family grudge. And then there’s an American investment banker in the picture, a possible dark history involving the mansion they are staying in and questions regarding the relevance of the country's famous sweet manufacturing facility formerly run by Marija's sister.

There are a lot of characters, many of whom don't have meaningful roles in the plot. Laura herself is interesting, describing herself as not being “good with people. They are a language I can read, but not speak”. Laura also seeks desperately to understand why her parents, who left Yanussia, refuse to talk of the country and wants to know what happened to them. Her relationship with them remains distant, but her sick mother passes away before a clearer picture of circumstances emerge.

Marija presents as hot and cold, innocent and guilty, evil and good, all at different times, making it hard to work out whether she should be convicted or acquitted. Her failure to co-operate with the defence team doesn’t help her cause.

The book's pace slows considerably through the middle section even though some new considerations and red herrings are thrown into the mix. However, there is a reasonably late revelation that does deliver some sense of closure.

The novel captures transitional times well, but a little more attention could have been paid to detail. I am pretty sure lawyers were not advertising their services on websites in 1993. And former communist countries in 1982 did not have western accountancy standards, nor similar methods of assessing profitability. I also couldn't get my head around English lawyers locked in a mansion analysing boxes and boxes of documents in a foreign language.

The book doesn’t reach any great heights as a mystery or thriller but as a personal fictional and historical tale, there is some brilliance here.