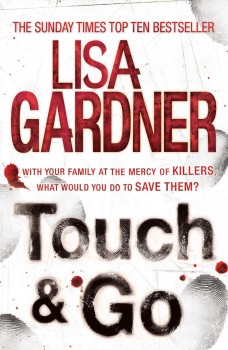 Tessa Leoni, ex-cop, now a PI, is called in to find the Denbe family. The family has been kidnapped but there is no ransom demand.

Justin Denbe, CEO of Denbe Construction, has been kidnapped, together with his wife, Libby and their teenage daughter, Ashlyn. Their kidnappers, all ex-commandos, take them to a newly-built but never commissioned prison in the wilds of the northern New Hampshire mountains, where Justin is interrogated.

In the meantime, Justin’s company has called in Tessa Leoni to investigate the family’s disappearance. Leoni is a single mother and ex-policewoman. Two years ago, she killed her husband in self-defence and with her police career in tatters she has turned to private investigation work.

Time goes on, but no ransom demand is received. Leoni realises that the only hope of finding the family alive is to work out who benefits from their disappearance. She discovers that money is missing from the business and sets out to find out who is responsible. With the reluctant help of the Boston Police Department, the FBI and the New Hampshire Sheriff’s Department, she tracks the missing family into the mountains, but cannot find them.

Meanwhile, the family is struggling to deal with the strains their incarceration is placing on their relationships, to come to terms with their situation and to devise a means of escape. How can they find a way out of the state-of-the-art prison, overcome their trained captors and find a way back to civilisation?

Leoni is a flawed but eminently likeable character. She has a flair for investigation and the sudden end to her career is clearly a loss to the Boston PD. Her ex-colleagues, though, are wary of her reputation, as well as of the intrusion of a civilian into their investigation.

There are enough red herrings and twists and turns to the plot to keep the most avid problem-solver happy and although the investigation moves slowly in places, it serves to heighten the tension as the hours crawl by. The interaction between the different investigation agencies makes for an entertaining diversion as none of them totally trusts the others. Only Leoni and the New Hampshire Sheriff are really able to work together. All in all, this is an entertaining book with plenty to keep the reader interested.