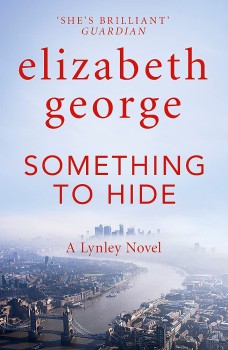 The business card of a photographer recruited to help with a government project as part of a campaign to banish FGM finds its way into the belongings of a murdered detective sergeant.

The Bankole family is in disarray. Tani, the teenage son, is refusing to accept his father Abeo’s plan to marry him to an unknown young woman in Nigeria. Tani is also horrified to learn of imminent plans for his younger sister, Simisola. All this comes to a head when Tani decides to investigate further and decides that Simisola needs his protection.

At about the same time a photographer called Deborah is asked to help on a government project to discourage and inform people about female genital mutilation (FGM). She begins work in a centre dedicated to protecting young girls in London who are at risk of FGM. Coincidentally Deborah’s business card is found amongst the belongings of a murdered detective sergeant, Teo, a case that is under investigation by Inspector Lynley and his usual team of DS Barbara Havers and DS Winston Nkata. The dead detective sergeant was very friendly with her boss in the police who is also implicated in the whole complex situation.

The book begins with several chapters introducing the current situation of the separate groups involved in the story: the Bankole family; the dead detective sergeant and her family; her boss and his family, which includes a child with multiple disabilities; Deborah, the photographer and various staff linked with Orchid House, the refuge relating to FGM. In addition to all this, a problem relating to Inspector Linley’s love life is introduced.

All this results in a very disjointed beginning to the book. Not until about a third of the way through does some semblance of direction begin to emerge. After this the story is completely absorbing with a very complex plot. The issue on which the story revolves is that of FGM and every possible aspect of this is aired. Not only are the facts made explicit, but also a very wide range of attitudes and some historical background is made clear. Over the top of all this are many details of how detection can be avoided, how young people at risk might be protected, and how law-breakers in the UK can be brought to justice.

The writing throughout the book is full of very detailed descriptions and dialogue, which leaves very little to the imagination, almost like watching a television programme. This technique is very effective in maintaining interest as it requires a great deal of concentration, but not a lot of thought. However, the book is long and it is quite a big ask to keep up this level of concentration throughout.  However, Something to Hide is very informative, intriguing and well written and is a very worthwhile choice for those with plenty of time.