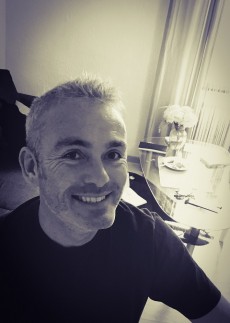 Christopher Wakling was born in 1970. He studied English literature at Oxford University and University College, London. Before he began writing full-time in 2001, Christopher worked as a farm hand and then as a litigator for a city law firm.

As well as writing fiction, Christopher is a travel writer for The Independent. He has written on destinations including Puerto Rico, Wisconsin and Morocco, New Zealand, the Gambia –and the Isle of Wight.

He is also the Royal Literary Fund Fellow at Bristol University and has tutored numerous creative writing courses for the Arvon Foundation and Curtis Brown Creative. He is now the lead tutor and creative consultant for the latter, the writing school run by the London literary agency, Curtis Brown.

Joseph Ashcroft steals £1.34 billion from the bank where he works and distributes it to numerous strangers worldwide. Then he goes on the run