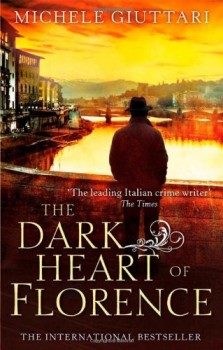 The Dark Heart of Florence

The murders of Senator Enrico Costanza and his butler seem to be the perfect crime.  But Chief Superintendent Michele Ferarra sees links to previous murders in the city and the shady Black Rose international crime organisation.

When Senator Enrico Costanza and his butler are murdered at the senator’s villa outside Florence, the police have few clues to find the killer. It almost appears to be the perfect crime. The killer, however, leaves a videotaped message to the police at the scene and forensic examination of the tape reveals images related to previous murders in the city. The murderer is convinced that the police will never catch him and taunts them with his genius.

As the investigation progresses, it becomes clear that some highly-placed people were behind the murders and do not want them to be solved, but proving it is another matter. As the murders continue, the police have a breakthrough. They manage to obtain a DNA sample from the killer. When the results come back from the lab, though, they show the murderer to be a man killed in a shoot-out at the end of a previous case.

The style is cinematic, with each short chapter told from a different viewpoint. It took most of the book before the inter-relationships between the various storylines became completely clear, and even then, several loose ends remained untied, leaving plenty of scope for the next book in the series.

It is clear that the author has an in-depth knowledge of Florence, Italian police procedure and the murky labyrinth of Italian politics. At one point, Superintendent Ferrara asks the population of Florence to avoid omerta, the Mafia code of silence, and is roundly criticised in the press for it, but he constantly struggles against the reluctance of the average resident to become involved and provide information to the police.

At times, possibly in an attempt to retain the Italian character of the book, the translation did get in the way. There were a few too many exclamation marks and awkward constructions that detracted from the flow of the narrative. On the whole, though, the story is fast-paced, with plenty of twists and turns to the plot and a surprising conclusion.