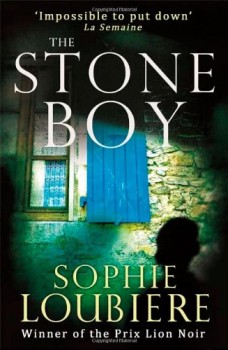 Retired headmistress Elsa Preau suspects a neighbour’s child is being abused and one way or another, she is determined to put a stop to it.

Retired headmistress Elsa Preau lives alone in a Paris suburb, has her own idiosyncratic preoccupations which she shares by means of letters to persons in authority, and is prey to odd fancies. She has spent several years in an institution following an episode in which she poisoned her beloved grandchild. Her son Martin, her only close relative, understandably finds her difficult to deal with.

She is, however, naturally observant of her surroundings, and after a lifetime in education, takes the interests of children very much to heart. So when she notices that one of her neighbour’s children is solitary, cowed and grey in appearance, she takes an interest. Her investigations reveal that the child does not attend school, and when she is unable to persuade the social services or police that a child is at risk, Elsa becomes determined to take direct action.

The Stone Boy is a character study of excellent quality, presented in such a way that the reader is frequently in doubt as to what part of Elsa’s understanding is fact, and how much just the imagination of a mentally unbalanced old woman.

In the book’s early pages we find out about Elsa’s fatal drugging of her grandson, and her subsequent incarceration, and hear sufficient about Elsa’s odd obsessions to persuade the reader that Elsa would be better off under professional care. Her readiness to dispatch local felines with a hammer when their behaviour falls below her exacting standards certainly seems to suggest mental aberration.

As Elsa’s daily life is unfolded, however, it is hard to withhold admiration for a person so true to her beliefs, especially when she is subject to noises and smells, real or imaginary, enough to unsettle anyone. Certain facts about her background and early life do not emerge until the final pages, but her focus and discipline are evident. The strength of Elsa’s inner core becomes clear, a steel backbone that overcomes doubts and the infirmities of age and responds to the call to duty. But the overriding concern remains as to how justified Elsa is in her suspicions, and what she may be capable of in pursuit of justice. This generates great dramatic tension which fluctuates as the story develops and rises to a gripping climax.

There are various aspects to The Stone Boy that reveal its French provenance, and this adds to the flavour of the story. The translation is generally fine, with rare miss-steps such as the use of ‘sentencing’ to mean ‘lecture’ or ‘harangue’. Overall the force of the book is not dissipated by the change of language, and it remains a riveting  psychological thriller. If this publication is successful, we may hope to see Loubiere’s other four novels also released in English.