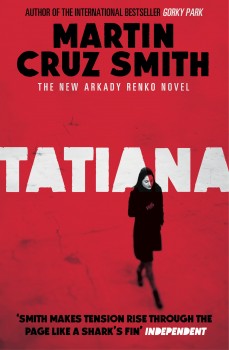 A fearless reporter, Tatiana Petrovna, is found dead, apparently having committed suicide by throwing herself from the sixth floor of an apartment block. At about the same time a billionaire Mafia chief is shot dead. As Senior Investigator, Arkady Renko, looks into the first case, he comes to believe that it is in some way connected with the second.

In the course of her career reporter Tatiana Petrovna has managed to make many enemies, from corrupt government agencies to the heads of criminal gangs. When she is found dead, apparently having committed suicide by throwing herself from the sixth floor of an apartment block, even the Moscow police are not anxious to investigate her death for fear that it should turn out to have been murder and thus require them to take action.

Arkady Renko, however, is not prepared to be part of this conspiracy of silence and pursues the case doggedly, in spite of hints from his superiors that he should drop it. When he establishes a possible connection between her death and that of the billionaire mob boss, Grisha Grigorenko, who had been shot in the head, he is even more determined to find the truth, though he understands that he is putting his own life in danger.

His investigations take him out of Moscow and into the little-known region of Kaliningrad, an enclave of Russia in Lithuania on the Baltic Sea. There he discovers that, just prior to Tatiana’s death, a well-known government translator had been murdered on the beach, the apparent motive being a notebook filled with indecipherable symbols. When that notebook turns up it is clearly going to be crucial. But first it has to be decoded.

From that point onwards the plot moves swiftly and very unexpectedly. Always working on the basis of what seems perfectly logical and ably supported by his frequently drunk but intelligent sergeant, Victor Orlov, Renko follows his instincts until he makes a discovery that changes the whole course of the investigation. Renko is, on the surface, cynical and world weary, but rather more soft-hearted than he appears, particularly when dealing with the more vulnerable members of Moscow society, and the last few pages of the book find him making a present for three homeless and parentless children he has met on the beach.

In this book humanity and charity are at a premium. On the one hand we have the repressive Putin government in which former KGB men skulk in the Kremlin and any kind of public demonstration requires official clearance in order to be legal. One such demonstration involving fascists, skinheads and football supporters is met by a police force ready, perhaps even eager, for violence. As far as the press is concerned, it can be ‘free’ provided it is at the same time ‘responsible’. One character states that Russia no longer has a government – just thieves.

But if the power of the state is overwhelming, so too are the mob billionaires and the various Russian Mafia gangs they control. Kaliningrad, although far from the mass of Russia itself, has the highest crime rate in Europe – a statistic that the author says is a reminder that it is Russian. Nor is it merely the obvious crooks who are always on the make. Property developers seeking to turn a profit are always on the lookout for tenants who can be dispossessed and turned out onto the street – a situation the government does nothing to redress.

This critique of Russian – or at least Muscovite – society is at the heart of the novel, but there is no obvious attempt on the part of the author to include it. Rather, it arises naturally from the events themselves and from the context in which they occur. From the opening scene depicting what appears to be a pointless murder right to the very end, when it becomes depressingly clear what the truth is, the story keeps the reader on tenterhooks. We know, of course, that Renko will eventually solve the question of whether Tatiana committed suicide or was murdered, but it is only at the very conclusion of the book that we are made aware of those events of far greater significance for Russia and its future. In the end the question to be asked is whether anything actually counts on these dark and dangerous streets except the acquisition of money and the answer appears to be ‘no.’