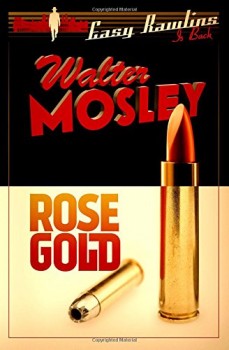 Private investigator Easy Rawlins’ help is enlisted to find a missing woman, but the case turns out to be nowhere near as straightforward as it first appears.

On a Sunday in 1967, black PI Easy Rawlins is moving house and is surprised when a few of LA’s finest arrive to give him a hand.

The price of this aid is Rawlins’ help in locating Rosemary Goldsmith, daughter of rich parents, missing in the company of Bob Mantle, an ex-boxer who has supposedly taken to revolutionary direct action under a new name. Easy has reservations about the job, but knows refusal will court harassment by the police. His concerns prove correct: a visit to the gym where Mantle trains provokes hostility, and as soon as he leaves, he is shot at and his car damaged.

When he is warned by a series of government agencies to drop the case, Easy realises that there is much more going on that anyone is prepared to reveal. Private information makes it clear that Mantle has had little to do with many of the crimes he is accused of, and Rosemary, known as Rose Gold, is a fierce critic of her father’s armaments corporation and is unlikely to be an innocent party. Melvin, one of the few white cops Easy can trust, is enlisted for reciprocal help, and the pair work together to resolve their problems and promote the cause of justice.

Easy Rawlins is a great protagonist, a man with endless sympathy for the black community of which he is a part, understandably suspicious of whites, but well equipped to cope with the distrust and persecution they send his way. In 1960s US, where blacks were universally seen as an underclass, Rawlins consistently confounds the expectations of the prejudiced in ways that are funny, as well as being well designed to protect him from the risks that his skin colour expose him to.

His ability to move forward with his investigations is helped by his wide circle of friends and family, many of whom owe Rawlins for favours done in the past. Although Easy is now in his late 40s, and less prone to vent his anger in violence, he has been around tough men long enough to know when to be wary, and how to protect himself against stronger opponents.

This is the 13th outing for Easy, and the book packs in plenty of action. He manages during the course of the book to restore a child to its mother, fix up a job for a young girl in trouble, and generate funds sufficient to put his adopted daughter into college, not to mention taking an avuncular interest in the lives of kith and kin. And all this besides resolving the problems of the two he is chasing, and sorting out the life of his friend Mantle, while fending off the interference of the police and FBI.

It is the contrast of Rawlins’ domestic preoccupations and the violence with which he contends that makes him such an agreeable read, as with Grafton’s Kinsey Millhone, or Parker’s Spenser. Rawlins’ black environment does, however, create an outlook that is all his own.