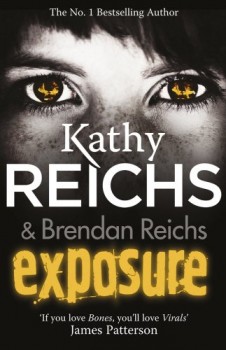 When two of the Virals’ schoolmates are kidnapped, the gang are determined to find them. They find blood in the basement of the missing students’ house, and the Virals realise that their help is urgently needed.

With the trial of their enemy the Gamesmaster over, Tory Brennan and the other Virals – ordinary kids with some extraordinary powers – try to return to a normal life back at school. The eldest Viral, Ben Blue, has been transferred to another school and Tory is finding it hard to forgive him for his part in the Gamesmaster’s plot. The Virals gang is stretched to its limit and Tory’s ability to flare with her special powers has become unstable.

They soon learn that two of their schoolmates, twins Lucy and Peter Gable, have disappeared, believed kidnapped. Through their contacts in the DA’s office, they learn that an ancient and obscure astrological card was found in Lucy’s bedroom. Following the clue back to the Gables’ house, they discover a large stain on the basement floor, apparently where someone has cleaned up a patch of blood.

Meanwhile, Tory is being dragged round Charleston’s elite society by Whitney, her father’s girlfriend. At an art show, she overhears Rex Gable, the twins’ stepfather, planning a foreign holiday and suspicion falls on him as the kidnapper, although so far there is no evidence.Then Ella, Tory’s closest girlfriend, also disappears and another card is found in her room.

Finding the kidnapped teenagers becomes top priority and the Virals find other clues missed by the police. But can they rescue their friends without revealing their powers to the world? And what is the research that millionaire playboy Chance Claybourne is pursuing?

Exposure is the fourth in the Virals series for young adults, and the story follows directly on from the previous book, Code. As the Virals strive to understand and control their powers, they are slowly growing up. The dynamic between the group members is changing, but Tory and her wolfdog Coop remain at the heart of the gang. As in previous episodes, the teenagers have an enviable amount of freedom, augmented as Ben is now old enough to drive and has a car, although in this book they do have more difficulty in escaping parental supervision than in earlier episodes.

The writing, as ever, is sparse with enough detail to flesh out the characters but enough pace and plot twists to keep the reader turning the pages. Kathy Reichs excels at the sub-plots that make the characters feel real and keep the story going from one book to another. The sub-plots in these books are as well crafted as those in her adult novels. From time to time one of the stories is centred on the characters involved in the sub-plots as the relationship between them and the main characters progresses. Without giving anything away, it appears that one of the sub-plots is about to come to the fore.

Exposure, which is written with her son Brendan, is a great read and not just for teenagers!