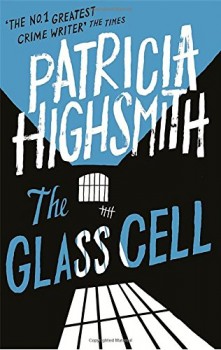 Philip Carter is wrongly imprisoned and brutalised in jail. When he emerges, how will he cope with the realisation that his wife has been unfaithful?

Philip Carter’s life has been smooth until colleagues he trusted set him up to be the fall guy in a fraud, and he ends up spending six years in a southern US State Penitentiary. Two days suspended by his thumbs for minor infringements of prison rules is only the start of his pain and humiliation.

Joining his wife Hazel in New York on his release, he finds that she has been seeing a great deal of Sullivan, a man who has ineffectually been trying to gather evidence to secure Carter’s early release. A primary target for Sullivan’s investigations is Gawill, one of the apparent beneficiaries of the fraud.

Gawill looses no time in letting Carter know that Hazel and Sullivan have been sleeping together. Gawill is clearly hoping that Carter will put Sullivan out of action to take the heat off, but provides evidence to support his accusations. How will Carter react - just how far did the experience in jail change his peaceable character?

Although the background detail to The Glass Cell reveals that it was written in 1964, the book remains as powerfully gripping as it was when first published. The first half covers Carter’s stretch in prison, a nightmare from start to finish. The book begins with the horrific incident which permanently damages his hands, ‘earned’ by the accumulation of ‘demerits’ for undefined transgressions. He becomes dependent on opiates, and Max, the only friend he makes in his stay, is brutally killed in a prison riot.

Patricia Highsmith was reportedly informed by an American convict on the workings of US prisons, and her portrayal feels realistic. The only area which sounds dubious is the ease with which Carter drops morphine after several years with a serious habit, partaking occasionally thereafter for recreational purposes.

Once released, Carter’s difficulty in resuming his old life is easy to imagine. His consciousness of the restrictions on acceptable behaviour in the outside world make him think that ‘the whole world is like one big prison, and prisons are just an exaggerated form of it.’ The reservoir of anger his experience has generated is shown to be close to the surface, and Carter is depicted as a person who has changed sufficiently that the restraints that normally restrain a person of his education and background may no longer be effective.

On emergence he has become more impulsive, but also more calculating. His thinking, dream-like when inside, becomes realistic and articulated in more detail, giving the reader penetrating insight. By the end of the book he seems for the first time to be in control, but what sort of man has he become? Told in Highsmith’s  faultless prose, this is a story that lingers in the memory.