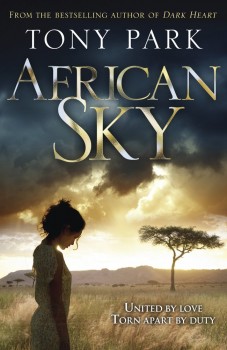 Squadron Leader Paul Bryant has an impressive record flying bombers into Germany, but his final flight brought him close to breakdown, and despite his posting to train new pilots overseas, he doesn’t fly himself, and is a drinker.

When a local WAAF ‘Flick’ Langham is found strangled in a black township, Constable Pip Lovejoy and her boss Sergeant Hayes make Bryant their first port of call to get information on the girl’s contacts. Pip’s instincts, however, tell her that Bryant is not being entirely frank as to how close a relationship the pair enjoyed, as indeed turns out to be the case.

Bryant has other concerns. Two trainee pilots have ended up far from the places they were expected to be, and one has strayed into wild country and been murdered by Bushmen. Bryant has a suspicion that the two incidents are connected, although he does not know how. The reader, however, is aware that an agent of the Ossewa Brandwag (OB), German sympathisers, has been landed not too far away.

Tony Park, an Australian with a freely-admitted love of Africa, brings his usual lyrical focus to the land and animals of his chosen setting – here the pre-monsoon hot and dry bush, teeming with antelope, lions, elephants, and leopards. It is 1943 and majority rule is decades away, and the controlling white minority have every expectation that their dominance will be sustained indefinitely. Very few whites are prepared to accept blacks as equals; that the two protagonists are exceptions makes the tale tolerable.

The story also has the hallmarks of Park’s writing, with a detailed plot, extensive character development and lengthy scenes of interaction between key actors in the drama, as a result of which the book is close to 600 pages. The action is a little slow at the beginning, but builds steadily and culminates in some exciting scenes.

The two key participants are sufficiently well drawn that interest in their fate sustains the reader throughout. In fact, Bryant’s lack of confidence is pretty transparently a temporary phenomenon, and when put to the test he shows all the bravery and competence one could hope for in a hero, especially when matched up against the bullies and bigots he has to rub shoulders with. Lovejoy is also something unusual: an abused wife who refuses to be a victim and has both intelligence and guts. That the two may end up enjoying more than a professional relationship is evident from their first meeting.

The author certainly packs plenty in: the wide open spaces of Africa, a devilish Nazi plot, the subjection of the majority population and their struggle for fair treatment, thrills and spills in the air, and a good old-fashioned love story.