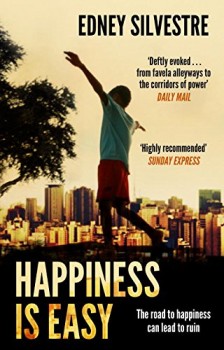 A misunderstanding transforms a kidnapping into an opportunity for the intended target, but extreme danger for a totally innocent party.

Brazil in 1990 may have a democratic government, but real power is still concentrated in the hands of a few who cynically manipulate the political levers for their own benefit. A rising man in this oligarchy is Olavo, skilled in obfuscating propaganda for audiences both at home and abroad. His wealth makes him a target for extortion, and a well-organised gang has set up operations for a kidnap.

However, Olavo has recently taken security more seriously, has moved to a secure compound, and is driven in a bullet-proof car. When the conspirators see Olavo’s blonde wife Mara with a child in the family’s second car, they see an easier alternative: take his son for ransom. Only after they execute the plan do they realise that they have abducted not Olavo’s boy, but the deaf mute son of his housekeeper. Olavo concocts a useful twist to the facts for public announcement, but the fate of a child of little consequence appears to be sealed.

Silvestre’s second novel, following If I Close My Eyes Now, is even better than his first, gripping from start to finish. The action is seen from the perspective of a few key actors in the drama, whose characters are masterfully outlined through insight into their thinking as the action proceeds. There is Olavo himself, cunning, bestial and manipulative but having clawed himself to the top, vulnerable to jealousy and ever aware of the need to stay one step ahead of his enemies. Mara hates him but has become used to the things Olavo’s money can buy; events bring home to her how much she has sacrificed for these material benefits.

The kidnappers are equally grasping; there is no pretence of social justice, just a bid for a slice of the spoils. The gang is made up of various South American nationals, a cause of friction. All are hard men with only Emiliano, from Uruguay, showing any semblance of concern for their hostage. Those who suffer most are the chauffeur, killed in commission of the crime and then traduced for Olavo’s benefit, his daughter, a student denied a proper explanation for her father’s demise, and the mother of the boy, who dare not even press for an explanation of her son’s disappearance.

This book combines a devastating spotlight into Brazilian political realities in a period not so long ago, brought to life through wholly believable glimpses of lives both ordinary and strange, with a crime story that grabs the reader from the first page and doesn’t let go. The story is all the more affecting for the straightforward and dispassionate style.