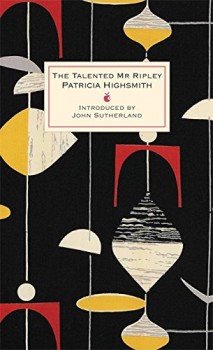 The father of Dickie Greenleaf sends Tom Ripley to Italy to encourage his son to return to New York, but Ripley has his own agenda.

Tom Ripley is living a financially precarious life in New York supported by petty swindles, so when Dickie Greenleaf ‘s father wants to send him on an expenses-paid trip to Mongibello, south of Naples, to persuade his son to return home, it is an attractive proposition. In fact, Ripley barely knows Dickie, and has no interest in promoting his return to the USA.

What Ripley does find stimulating is the idea of living with Dickie permanently at his expense, but Dickie is less than keen. Another American, Marge, competes for his attention, and after a few months Dickie is beginning to find Ripley’s company tiresome. Ripley resolves the issue by a boating trip, during which he murders Dickie and then assumes his identity.

Impersonating Dickie is only possible because the pair are similar in stature and appearance, and soon Ripley needs some fast footwork to maintain the illusion that Dickie is still around. Friends who know Dickie have to be fended off, the bank is challenging Ripley’s forged signatures on Dickie’s cheques, and the police are interested in a boat found with what appear to be bloodstains. Ripley is on the brink of disaster.

The Ripley series, of which this is the first, is probably the best-known of the works by Patricia Highsmith, and deservedly so. She apparently saw Ripley as a kind of alter ego, and the easy flow of the writing suggests it came smoothly to the pen. The protagonist is the central focus throughout, and although his behaviour makes him very unusual indeed, his character comes across as entirely credible, buttressed by a wealth of detail and almost forensic dissection of his thoughts and feelings.

A useful introduction to this edition by John Sutherland suggests that despite his appalling actions, most readers find Ripley engaging and delight in the quickness of mind and action he employs to evade justice. I may be in a minority here, but there is certainly a fascination in following the twists and turns as he squirms to avoid catastrophe.

Sutherland also points out that Highsmith was one of a group of artists who introduced the idea of the psychopath to the public in the 1950s. Ripley certainly possesses key characteristics of the classic psychopath, being charming, narcissistic, manipulative and entirely lacking in conscience. He is less typical in his sensitivity to the feelings of others, but this merely assists him in promoting his own interests. As far as his own feelings are concerned, Ripley has a very thin skin.

Although first published 60 years ago, the book still feels very fresh and it is only the greater formality in social situations and lack of modern communication devices which makes it easy to date. It is still a great story, and as one of the classics of crime fiction should be on every devotee’s reading list.