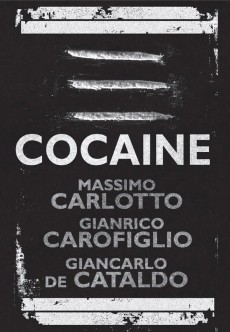 Three stories by Italian writers look at the trade in cocaine from the perspective of individuals within Italian law enforcement.

Ispettore Guilio Campagna works in the Padua flying squad; he is a straight officer who has been active against major drug networks but has sheltered his childhood friend Pizzo, whose small-scale distribution is of little significance. Unfortunately, Pizzo’s boasts of protection and the recent bust of one of Pizzo’s men by a senior officer puts Campagna at risk of arrest himself. An easy-going man, Campagna needs to toughen up and orchestrate a bloody confrontation to extricate himself.

The Speed of the Angel is told in the first person by a writer who, by chance, meets Sara, a former police officer, at a café. Over successive meetings she relates her story: how a dedicated and ambitious officer is undone by love, and how the drugs she was charged to combat played the key part in her downfall.

The White Powder Dance starts in Peru, where the raw coca is harvested. US action has cut the producers in Peru, Colombia and Bolivia out of sales; these days the Mexican Mafia is in control. A banker, Tano Raschilla, is in town on behalf of organised crime in Milan to offer his services to the Mexicans, to launder and invest the billions of dollars generated by their trade.

Back in Italy, Capitano Federico Anselmi of the Finance Police knows that the money trail can be an effective way to throw a spoke in the wheels of the traffickers. Close scrutiny of Mafia Don Achille pays off: Raschilla is identified, and Anselmi has the computer skills to penetrate the veil of secrecy behind which money is being manipulated. Results are achieved, but the system remains intact.

These tales are all better described as novelettes rather than short stories; certainly the first and last could have been expanded to novel length without difficulty, and in fact might have benefited from a deeper exploration of character would additional space would have permitted. They are nevertheless all very readable, and since the authors are seasoned writers with personal experience of the criminal process, convey in total a powerful impression of the impact of cocaine on Italian society.

As these stories show, there can be no doubt that the impact is huge and very negative. The amounts of criminal funds awash in the system distort the allocation of resources, and warp many in the criminal justice system appointed to prohibit the trade. Even after successful operations against traffickers, pressures of supply and demand dictate that the flow will continue unless some new approach to the problem is found.