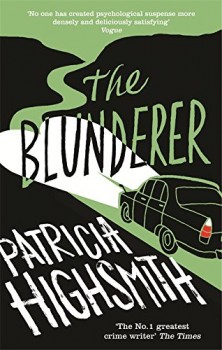 New York lawyer Walter Stackhouse’s fascination with a murder implicates him when his own wife dies under unusual circumstances.

The marriage of Walter and Clara Stackhouse is in difficulties; Clara’s jealous and controlling behaviour is losing them all their friends. When Walter raises the question of divorce Clara attempts suicide, and is only saved through Walter’s prompt action to get medical help.

Walter sees a newspaper article about a woman murdered at a long-distance bus stop. He feels intuitively that the husband, Kimmel, is responsible, and becomes fascinated with the case. Walter visits Kimmel’s bookshop and on the excuse of ordering a book, leaves his name.

Then Clara takes a bus trip to visit her mother. For reasons he cannot fully explain, Walter follows the bus and attempts to meet Clara at the first rest stop. However, Clara cannot be found, and it shortly emerges that she has died after a fall from a nearby cliff. He is seen at the location, and revelations about his visit to Kimmel make him look a likely culprit. As more and more damning detail is released to the press, all his friends desert him and his life plummets to disaster.

While it is quickly evident that Clara is neurotic, it emerges that Walter too is weak and prone to fancies. Although he is unable to control his wife or put her aside, it is no doubt a fantasy about committing murder that causes him to visit Kimmel, and to follow his wife’s bus. Her death puts him under stress, and he responds in the worst possible way, by initially denying any detail which he fears may condemn him, so that he is forced into a series of admissions which only help to reinforce the perception of his guilt.

The two key actions which look so suspicious are indeed blunders, impossible to explain by any sort of rational motive, and call for a considerable imaginative leap. Once accepted, however, the rest all follows naturally, and the estrangement of Walter from his social circle, and new girlfriend, and the collapse of his professional career, become horribly inevitable. Highsmith is, as usual, very good at building the detail which creates a realistic picture of the horror Walter is facing.

Walter has difficulty staying away from Kimmel, although his suspicions about Kimmel are fully justified, and any connection can only be harmful. A policeman, Corby, is the sole investigator in both deaths, and uses violence against Kimmel to extract a confession, in the presence of Walter, for whom it becomes part of his nightmare. Walter feels an odd link to Kimmel - he tells him ‘ I feel we are both guilty in a sense’, and ‘You’re my guilt’.

The Blunderer is not perhaps Highsmith’s best novel, but it is still a pretty gripping portrait of a man on the rack, trapped by nothing more than circumstances and his own psychological weakness.