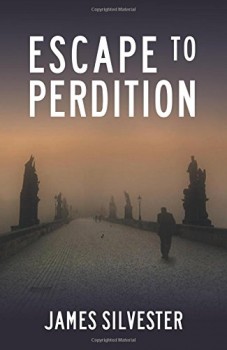 Peter Lowe is in the Czech Republic to monitor possible re-integration with Slovakia, but secretly operating to prevent a merger by any means necessary.

Peter Lowe is employed by the shadowy Institute for European Harmony, ostensibly to observe political developments in the Czech Republic. In reality, under the leadership of a sinister figure known as ‘The Child’ his employers are prepared to do whatever is necessary to prevent any disruption to stability in Europe.

Lowe is English, but speaks the local languages and is an informed and sophisticated commentator on developments, and his advice on international reaction is valued by Czech and Slovak political leaders. The demands of his employers go well beyond political forecasting, however, and he spends his evenings drinking heavily in the Smokin’ Hot blues club in an attempt to drown his scruples.

The political movement towards re-integration of the Czech Republic and Slovakia is giving the IEH concern. Their agents, including Lowe, are instructed take action not short of murder where necessary to prevent it. Pressed into action, Lowe is finding the burden of conscience unbearable, and when he forms a relationship with pro-merger Prime Minister Miroslava Svobodova is faced with a crucial choice.

With the referendum on continued EU membership looming, the subject of this book is particularly topical, especially as innovative policy formulation by little known unelected persons is one of the greatest causes of irritation. Even the most rabid proponent of an EU exit would, however, find it difficult to credit the idea that there is a European organisation routinely arranging murders to affect political outcomes.

Credibility is further stretched when the scope of politicians supposedly part of, or at least aware, of such scheming is shown to reach the top levels of the UK and US governments. While I freely admit to a fairly low opinion of politicians, the inability of numerous MPs to fiddle a few thousand pounds on expenses without public exposure is eloquent testimony to their conspiratorial abilities.

The author’s protagonists, however, take murderous plots as very much matter of course. When Lowe reveals to Svobodova that he has terminated several of her colleagues, including a greatly revered national hero, and it was only a last-minute change of Lowe’s heart which saved her own life, one would imagine a normal reaction would be to call the bodyguard and have Lowe taken away, not to take him back to bed. And what is the real cause for concern? The IEH apparently fear that the popular re-integration of Czechoslovakia would lead to a power block which would threaten IEH control. It all seems a very thin impetus for a series of executions.

Fascination with politics would be a great help in appreciating this book; there are pages of speculation about prospects for the countries involved, and the action puts the reader at the centre of events. Acceptance of the plot, however, will be limited to dedicated conspiracy theorists.