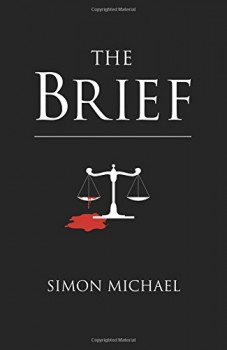 Young London barrister Charles Holbourne is arrested for a murder he didn’t commit. Is the true culprit amongst those in his chambers who hate him, or someone from his professional work?

Charles Holbourne, born Horowitz, is a junior barrister popular with clients, but his success and Jewish ancestry make him disliked by some of his colleagues. The first part of the book, set in 1960, details the commission of a robbery, and the subsequent court case. Holbourne ends up leading the defence of one of the two accused of murder during the crime, and gets him off by persuading a jury that the other, Robbie Sands, was the man holding the gun.

The action then jumps two years. Holbourne is still doing well professionally, but his marriage is falling apart. His wife Henrietta is sleeping around with members of Holbourne’s own chambers, and the pair live separate lives: he in a London flat, and she in their home in rural Buckinghamshire. Shortly after a visit by Holbourne to discuss ending the marriage, Henrietta is found murdered, and plenty of evidence is found pointing at her husband.

Wheatley, the policeman in charge of the case, has no reason to like Holborne, with whom he has crossed swords in court, and has a reputation as a man prepared to get a conviction by any means necessary. Holbourne needs to act quickly to find the evidence to free himself, but has few friends to assist and has been estranged from his family since he married outside his tribe. While incarcerated he can do very little, and desperate means are necessary.

This is a book of two distinct halves. The first introduces the reader to the work of a brief, outlines life in chambers, and says enough about Holbourne to show he is both agreeable and intelligent. He rescues a female clerk from an assault by a member of chambers and resolves the issue with little aggravation to all parties, or at least so it appears. The robbery case is followed in detail, and the exchanges in court are detailed and excellent.

In the second half, Holbourne is in fear for his life (murder in 1962 was still a capital offence) and needs to show steel and resource under great pressure to fight his way through. The protagonist does this in spades; suspiciously well for a brief who has spent many years doing little other than reading paper and honing his verbal skills, you may think, but certainly engaging enough.

The portrayal of life in chambers and the workings of the justice system feel very true to its time, now over 50 years ago – that is to say saturated with the prejudices of the day, including a fairly naked anti-semitism.  The slightly old-fashioned feel of the narrative is in keeping with the period and the excitement rather understated by the standards of current crime fiction but The Brief is entertaining nevertheless.