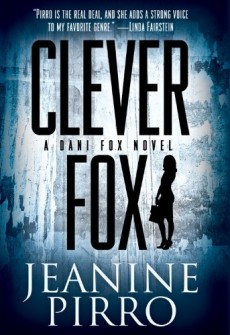 Assistant district attorney Dani Fox is called to the homicide of the daughter of a local Mafia chief; the prime suspect is his sworn enemy.

Westchester County assistant district attorney Dani Fox is called to a brutal homicide. When the victim is identified as the daughter of Nunzio, a mob boss, his sworn enemy Persico, who is known to have visited the building at about the time of the death, is the obvious culprit. Dani thinks the case unproven, but when further murders follow her boss presses for an early prosecution.

Politics are a complication: her boss is positioning himself for re-election, and the assistant district attorney in her office, who specialises in organised crime, resents her intrusion into his territory. Moreover, the FBI has taken an interest, but is slow in sharing information that would help to give a better understanding of events. To further complicate her life, Dani is having difficulty getting her journalist boyfriend Will to observe a proper division between the professional and the personal.

For readers in the UK familiar with a different system, the working of the agencies combating crime in the US is always of interest. The involvement of the prosecuting authority in the investigation is unfamiliar and no doubt brings advantages as well as problems. In Clever Fox the various political axes being ground in the DA’s office have a definite negative impact on justice, as does the divergence in interest between the local police and the FBI. The extent of such conflicts is perhaps exaggerated for effect, to an extent which does stretch credulity somewhat.

A crime novelist creating this type of story faces the problem of the number of actors to introduce. Too many and the reader loses track; too few and the interactions and choice of villain seem unrealistically limited. Jeanine Pirro seems to have leaned towards the second of the two options: a series of murders are investigated by a suspiciously small number of police officers, and when it emerges that a serial killer is on the loose, the choices seem to come down to a very short list of suspects. Nonetheless, she has produced a very satisfactory villain, visible to the reader well before the protagonist catches on, despite false suspects being trailed across the plot. The book is also brought to an exciting conclusion, albeit somewhat rapid.

Jeanine Pirro has been a judge and district attorney, and has been active in support of women’s rights, combating domestic violence and paedophile activity, and regularly appears in TV in the US. She will thus presumably be well-known to Americans, including readers of her previous books, such as the earlier Dani Fox outing Sly Fox. Her books will certainly be of interest to anyone with an interest in US legal thrillers.