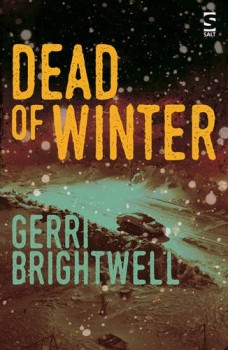 Mike Fisher is a taxi driver with little going for him, but when his daughter disappears, rescuing her becomes a motivating preoccupation.

Mike Fisher is a sad case: a taxi driver for the worst firm in a small Alaskan town, in permanent sinus pain from temperatures of 57 degrees below, and living in an old trailer with an ancient dog as his sole company. His wife Jan and daughter Bree left him some years ago for Brian, a gun nut and member of an unsavoury local militia.

Fisher has been ignoring phone calls all day, and it is not until evening in the company of Grisby, a larcenous wreck, that he takes a recorded message from Bree imploring him for help. Fisher and Grisby drive to Brian’s house and find him shot dead, naked in Bree’s bathroom. Suspecting Bree’s culpability, Fisher cleans up the house and disposes of the body. But where is Bree?

Fisher’s hunt for his daughter has barely begun when it is reported in the news that a state trooper has been found dead on the deck at Brian’s house, and that Brian and Bree are being sought by police. Grisby goes missing, Jan is not responding to his calls, and Fisher’s attempts to locate Bree through guesswork go nowhere. Fisher’s suspicions that the militia are involved, however, prove to be correct, and they soon make contact with less than friendly intentions.

Brightwell sets the scene very convincingly, and from the start the reader is plunged into a desperately hostile environment, where failure to plug in your engine heater overnight means your car is history, and a quick death awaits those who venture outdoors without a full range of winter clothing.

The bleakness of the climate is matched by Fisher’s backstory, a mother found shot dead, crime unsolved, a manipulative step-mother, and a broken marriage. Fisher’s inability to make progress with his life is symbolised by the half-built cabin which for years he has been failing to complete. At one point he contemplates that Grisby, a dealer in prescription medication, is neither friend nor help, without being able to summon the strength to act upon his insight.

Fisher’s redemption comes through his love of Bree, and despite the fog through which he grapples with the world and his unpreparedness for the struggle it is this devotion which fuels his ability to break out and act with some direction. The change is subtle and brings no magic resolution to his problems, but provides the slim opportunity for Fisher to save Bree, and in doing so to give himself another chance.

Brightwell uses the present tense, third person but from Fisher’s perspective throughout, skilfully taking an initially unappealing protagonist and building interest in the outcome. The constraints of a small and isolated community at what feels like the edge of civilisation form a powerful backdrop to the story of a very ordinary man fighting for his life.