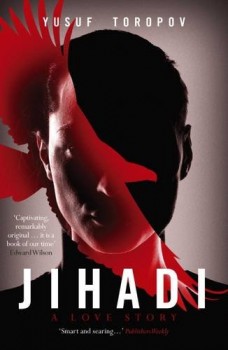 The clash of two cultures has a dramatic impact on the lives of a few selected people close to the centre of events.

The majority of the action in this book takes place in ‘The Islamic Republic’, a Middle-Eastern country whose government survives with US military assistance. The book begins with a military action where poor targeting results in a cloud of flechettes from a tank shell, annihilating an innocent woman and her unborn child.

The woman’s sister, Fatima, is employed by the Bureau of Islamic Investigation as a translator. Her first job is to assist in the interrogation of Thelonius Liddel, an American covert agent arrested for killing a man and his daughter, in accordance with instructions. Fatima and Thelonius form the central focus as the book continues.

Fatima attends a demonstration outside the US embassy against the deaths resulting from the military operation, and witnesses Staff Sergeant Mike Mazzoni inside the compound offering gross insults to a copy of the Koran. She declines to confirm what she witnessed, but another woman asserts the abuse vociferously. This initiates a meteoric popular rising under the leadership of the ‘New Imam’.

The action is provided in the form of short chapters, separated by comments from others, in particular Thelonius’ wife Becky Firestone, a seriously disturbed young woman. Thelonius himself hears the voice of his dead father urging him to kill women close to him – just as he killed his own mother in front of his son.

As a portrayal of the breakdown in communication between the USA and (presumably) Iraq, the book no doubt highlights the wide gulf in thinking which makes compromise so difficult. At the same time the characters are almost entirely so damaged that it is difficult to take the story as anything other than a fable where the worst that can happen does happen.

On the American side, it is only Thelonius who shows humanity, challenged as he is. Becky is a very dangerous person, and eventually kills her father, who is also mentally unstable. Her comments parallel tracks on the Beatles’ White Album, a reported favourite with another psychopath. Mazzoni represents the very worst of the US military, as does Sullivan Hand, a man within covert operations with a totally deluded understanding of realities.

Representatives of the Islamic State are little better. Fatima’s first boss, Murad Murad, proves to be a sadist and a rapist. The New Imam has a bodyguard of six ruffians and a bottle of scotch at his elbow; his pronouncements are entirely about self-aggrandisement and nothing to do with Islam.

While this book contains gripping episodes, the broken narrative and the bizarre character traits of the participants make it difficult for the reader to take it as other than some sort of allegory for our times. Given the state of things in the Middle-East, I suppose the events depicted are not beyond the bounds of possibility, but I prefer my fiction to make a little more sense.