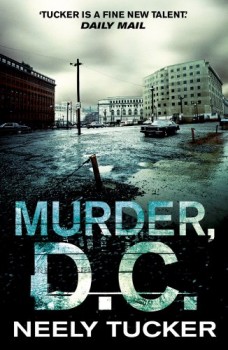 When the young son of an important family is found dead, crime reporter Sully Carter thinks the location is key to a number of murders.

Sully Carter, crime reporter for a thinly-disguised Washington Post, is following up on the death of Billy Ellison, scion of a prominent black family in the nation’s capital. His body was found floating in the Washington Channel off Frenchman’s Bend, now a park but once the site of a notorious early 19th century slave market.

Carter’s research shows the park to be a murder hot-spot, linked to drug-dealing in the area, which fits with suggestions from Billy’s mother Delores that the death was linked to her son’s drug-related activities. But Elliot, Billy’s gay partner, disputes this. Carter’s attempts to get more out of Delores are blocked by her lawyer Sheldon Stevens, who obtains a restraining order.

Carter’s major piece for his paper on the death receives plenty of adverse comment: notwithstanding its factual content, his words are perceived as being intrusive, and Stevens attacks the paper for its reportage. The paper’s management blame Carter and suspend him. So when Carter receives a call from Delores insisting they meet, he is apprehensive, but certainly doesn’t expect the surprise he gets.

This is the second outing for Sully Carter, a man damaged both physically and mentally by his experiences as a war reporter in the Balkans. Washington can also be hazardous: in 2000, when the action takes place, Washington, a city of 550,000, experienced some 400 deaths per year. Many of these were drug-related, and Carter’s enquiries prove very risky. His photographer girlfriend Alexis is luckily on hand to save his bacon at least once.

The drive to get a reaction from family of murder victims sometimes makes reporters difficult to like, but Carter maintains a good balance even under extreme provocation: sensitive to the suffering of others but resolute in challenging obfuscation from those in positions of power. He spins round the city on his Ducatti, energetically teasing information from witnesses, digging out information from official sources, and tossing theories around with police assigned to the case.

Like all the best protagonists, Sully Carter combines great efficiency at his job with behaviour which sometimes borders on madness. His injuries have led him to over-indulgence in whisky and prescription painkillers, and this does not help with the deep anger he feels over the loss of a girlfriend, and his mother, in separate incidents. The paper insists he attends therapy, and the sessions are revealing, much as he tries to fend off his therapist’s efforts.

Carter himself, combined with an interesting cast of supporting characters, plenty of action, tight and witty dialogue and a plot with many unexpected twists and turns, makes for a great read. And all this within spitting distance of the White House.