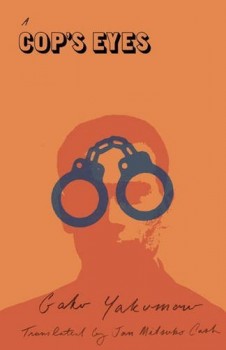 Nobuhito Natsume is a detective working in a Tokyo suburb, whose personal brush with crime lies behind both his late entry to his profession, and the special qualities he brings to his work.

Nobuhito Natsume began his career working with the troubled youth of Tokyo, but transferred to the police when his own young daughter was reduced to a vegetative state by a blow from a hammer. His grief at this event has not been transformed into bitterness and resentment, however, but merely sharpened his perceptions and increased his commitment to penetrating the veil of confusion about the crimes he investigates.

The book takes the form of seven separate stories, each told from the perspective of a person central to a crime which Natsume is investigating. The final tale, which gives the title to the whole collection, finally explains the circumstances behind the damage to Natsume’s own daughter.

The crimes under investigation have much in common: all feature ordinary law-abiding people pushed into deviant behaviour by extreme provocation and their inability to find any other way out. The mainspring is often abuse of those made weak by circumstances, of children by parents or step-parents, by a partner, or by a blackmailer.

While the situations described are not peculiar to Japan, the solutions found have a definite local flavour. In particular, the culprit is depicted as carrying a heavy burden of guilt and, consciously or unconsciously, yearns for discovery. Whether this is a realistic reflection of crime in Japan I am unable to confirm, but it is certainly true that in a conformist society, there are great social inhibitions to transgressing social norms, and many types of crime are seen in Japan much less than in the West.

Despite the above, the behaviour of the police is not so different from that elsewhere, and gaining the trust of witnesses can be problematic. It is here where Natsume is so effective, unfailingly polite, unassuming and sympathetic, while keeping his antennae finely tuned for information. In Heartless, for example, he goes to the trouble to cook a dish for a homeless man far from home, but in doing so discovers that the man’s true origin is other than that declared.

Natsume is also more inclined than his colleagues to spot the crucial detail; so in Pride, he quickly recognises a woman’s pride in her boxing ability is linked to her transgender status, and in Rice Omelet the significance of an uneaten meal helps to crack the case.

The episodes collected here were first published in annual magazine instalments, and there is a sequel, A Cop’s Promise, only collected in 2014. A gentle and understated detective is not that common in the annals of crime fiction, and for that reason alone Natsume is interesting; the perfect antidote to Dirty Harry.