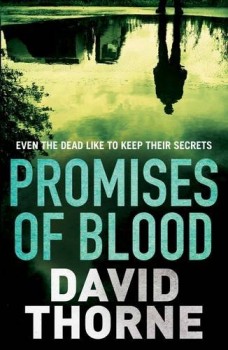 Lawyer Daniel O’Connell is distracted from a client’s unusual bequest when his friend Gabe is accused of a knifing, a crime he strongly denies.

Daniel O'Connell is surprised when Gove, a dying client, instructs that on his death liquid assets of £2.7 million be divided between ten persons supposedly randomly selected. On visiting these lucky recipients, however, Daniel comes to suspect that at least some of them are being recompensed for something his client felt guilty about. Gove’s family are not happy with the will and threaten a legal challenge.

Progress with this case is disrupted when Daniel’s friend Gabe is accused of stabbing a young man, Jahani. Gabe, who lost a leg in Afghanistan, has been framed by two crooked policemen doing the bidding of Halliday, a gangster who is using the case against Gabe to persuade Daniel to hand over a property he owns.

Things go from bad to worse when Jahani dies and Gabe is accused of murder. Daniel is less than forthcoming to his partner Maria about his battle with Halliday and his psychotic sidekick Kane, and tension at home is further aggravated by the presence of CJ, a girl related to one of the Gove will beneficiaries, who Daniel has promised to try and help. Things look black for Daniel and his friends, and some quick thinking will be needed to get them all to safety.

This is the third outing for Daniel, a man from a criminal background trying to free himself from his past but ever being dragged back into it. As with previous books, the action is told in the first person present tense, there is plenty of violence and several unpleasant characters with very little subtlety about them. Gabe and another damaged ex-soldier, Petroski, come to assist as they have done before when Daniel gets in a fix.

Unfortunately the author continues to rely on two particular devices to raise the tension, which might be termed as rules under which Daniel operates. The first is: don’t tell your friends what is going on. Hence Daniel doesn’t explain to Gabe why he is being fitted up, supposedly because he is too ashamed at bringing the problem to his door. Similarly, he keeps Maria in the dark although it is obvious that she will be angry and frustrated at Daniel’s refusal to explain what is going on.

The second rule is to launch yourself into dangerous and threatening situations without back-up, or even letting anyone know where you are going. This is all supposedly past of Daniel’s macho background and generates plenty of tension, but strikes the reader as, frankly, stupid. You’d think that having your hand put in a vice and treated with a hammer would teach him a lesson, but apparently not.

This series continues to be plot-driven, with little by way of characterisation. With the protagonist showing few signs of development, I’m beginning to lose interest.