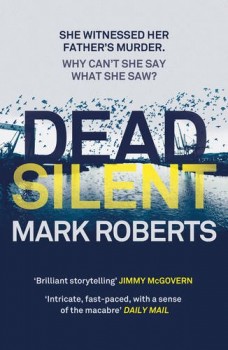 DCI Eve Clay has to delve deep into her own past in an attempt to solve a macabre murder in a Liverpool suburb.

DCI Eve Clay is called out to a horrific crime in a suburban house in Liverpool. An old man has been brutally killed, his body arranged in a macabre way, twisted into a sick parody of a medieval painting. The only witness to the murder was his elderly daughter, but she’s not proving much help in the investigation, seemingly unable to articulate what she saw.

The victim, Leonard Lawson, was a retired professor who had devoted much of his life to the study of how ancient languages arose. Eve Clay believes that the murder might have roots in the professor’s past and she’s determined to uncover the truth about a series of bizarre and inhuman experiments carried out on young children in an attempt to determine whether language can spontaneously develop without outside stimulus.

Like all coppers, Eve Clay has her own demons to face. In her case, they revolve around her upbringing by nuns in an orphanage and her later involvement with a religious cult. After all, no police officer is complete without some kind of tortured past. But to make up for this, she appears to have the perfect supportive husband, always there at the other end of the phone if she needs reassurance about what a good wife and mother she is, despite the demands of her job.

Unfortunately, Clay never really came to life for me. She’s a high-ranking officer, but seems to be fully hands-on in the investigation, with a random series of other ranks around her to help out. There’s no sense of structure involved with the police characters, and despite the fact that the book is set in 2018, the author still commits the hackneyed WPC mistake. I should have stuck to my guns and bailed at that point, only a couple of chapters in, as Dead Silent drove home for me yet again that I have little or no tolerance for books that revolve around finding inventive new ways to bump people off. It’s not big, it’s not clever and it’s not for me.

The reveal about the identity of the murder comes surprisingly soon, but I still had huge problems working out his motivations. By the time I reached the end of Dead Silent, I felt like I’d invested more time and effort than the book deserved. The plotting was convoluted in the extreme but towards the end, I found myself quite literally losing the plot and didn’t care enough to back-track. If serial killers are your bag, then go for it. If not, I’d advise staying away.