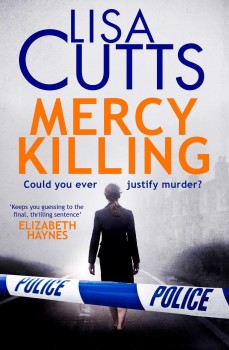 The murder of a sex offender could be seen as a mercy killing, but the East Rise police must put their sentiments behind them and treat this like any other crime.

Harry Powell is the on-duty investigating officer when the call comes in that Albie Woodville, a local convicted sex offender, has been brutally murdered on Bonfire Night. Harry knows his work is cut out if he wants to solve this crime: not only will the locals be pleased they are down one child-abuser, but Harry’s team will also secretly be flag-flying too. It’s hardly motivation for unearthing the killer.

There is a potentially unlimited list of suspects, but soon the team whittles it down to a handful who have more motives than most for wanting Woodville dead; the woman he’d befriended recently with two young children, her brother, fellow actors in the local am-dram society, and of course those children who he’d abused in the children’s home back in the 1990s.

But soon it becomes evident this is not an isolated murder. As the body-count rises the team realises someone wants revenge.

When the victim of a crime is an abominable person, I expect to root for the detective or maybe even the killer. But written in the third person omniscient point of view, this story flaps from one character to another, with no clear protagonist. So it was almost impossible to connect with anyone, let alone cheer them along. The story is awash with detectives, all of them burdened with hang-ups and a suitcase of backstory. This renders them indistinctive and two dimensional. The suspects are no better.

The secondary ‘cold-case’ murders did nothing to add to the story; it is almost as if they were thrown in as an afterthought to bump up the conflict. The half-hearted investigation of these further killings merely gave a couple of detectives their ‘raison d’être’. The suspects each took their turns on stage carrying red herrings large enough to fill a fish tank, and by the time half of them had trotted along to the station to confess to various crimes, the identity of the killer was hardly a surprise.

We all know in reality it is hard slog, team-work and a heap of luck that solve the majority of murder cases, but that is not the stuff of crime novels. Unfortunately, Mercy Killing is a mirror of ‘real-life crime-solving’, including flabby dialogue.

I struggled with this book; too much backstory, a plethora of ‘tell’ instead of show, no outstanding hero, and with a growing certainty that if the detectives had hung around at the station for a couple more days, the criminal would have handed himself in anyway, my pulse never rose.