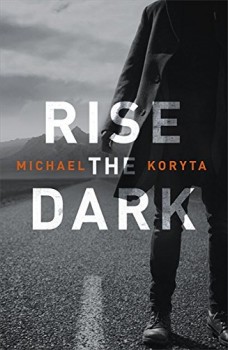 The search for his wife’s killer takes Markus Novak back to his roots in Montana where he has to go up against an attempt to cause a severe and disruptive power outage.

Markus Novak is a investigator working for a law firm that seeks justice for those with little or no hope and strongly opposes the death penalty, as did Mark’s wife, Lauren, who was a lawyer with the same firm. But Lauren’s murder is testing the strength of Mark’s views. Now all he wants to do is find the man who killed his wife and dish out his own brand of justice. Garland Webb has just been released from jail following the collapse of a trial for an assault on another woman, and it doesn’t look like Mark is going to get justice any time soon.

Mark’s search for his wife’s killer takes him back to the place of her death, a deserted stretch of road outside the small Florida town of Cassadaga. A meeting with a strange boy who appears to see dead people sets the tone for Mark’s visit to a medium he believed Lauren had seen before her death. The encounter doesn’t quite proceed as expected, and Mark ends up being questioned by local police over a woman’s death and the arson that engulfed her home. It also appears that Mark’s own somewhat chequered family past might have a bearing on both Lauren’s death, and events in Cassadaga.

What follows is one of Michael Koryta’s trademark thrillers, where action and intrigue are spiced up by a subtle frisson of something spooky. This is the second Markus Novak book. The first, Last Words, saw Mark having to venture deep underground in a cave system in Southern Indiana, whereas Rise the Dark takes him back to his roots in the mining towns of Montana. His family, in particular his feckless mother, are well known there.

The side interest here is the fascinating and almost impossibly dangerous work of the ‘linesmen’ who maintain and repair the numerous high voltage electricity cables across the country, as Jay Baldwin’s wife Sabrina has been kidnapped and is being hold to ransom by Eli Pate, a man who wants to cripple the country as part of what seems to be a ‘back to nature’ cult. I learnt a lot about electricity including why there are always two brief power interruptions before an outage – useful knowledge for someone who spends time in rural France, where outages are common. I was also introduced to the concept of squirrel suicide bombers!

Koryta is able to weave facts into his narrative without ever giving the feeling that he’s info dumping. His characters come alive, particularly Mark’s sharp-shooting uncle Larry. He handles the woo woo side of things with a deft touch, allowing it to provide an added dimension without it dominating the story. There’s something deeply unsettling about Mark’s growing ability to see smoke in a person’s eyes, something I remember from Kortya’s earlier books. There’s enough backstory given that not having read the previous story would be no hindrance here.

This is a complex, tense thriller, with well-rounded characters and believably chilling bad guys. I said after reading Last Words that I would be happy to see more of Markus Novak, and Rise the Dark has left me with the same feeling. Koryta writes a quality thriller.