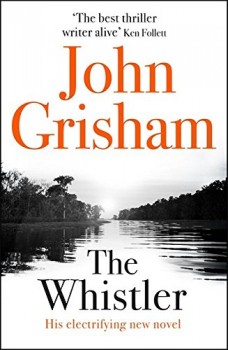 Lacy Stoltz, lawyer at Florida’s Board on Judicial Conduct, meets a man representing a whistleblower who claims a judge is in deep with organised crime - the Gulf Mafia.

Florida Board on Judicial Conduct’s handful of lawyers investigate judges accused of misconduct, and when an accusation is received against Judge Claudia McDover, Lacy Stoltz and her friend Hugo Hatch catch the case. Greg Myers, acting for a whistleblower via an intermediary, asserts that McDover has been working with organised crime for many years.

According to Myers, a group of criminals known as the Gulf Mafia arranged for the murder, and framing for that killing, of opponents to the development of a casino on Native American land. McDover helped to crush any opposition. The casino is now in operation and the Gulf Mafia cream off cash which has been used for development of resorts in adjacent land, facilitating the laundering of the dirty cash.

Myers and his principal hope to benefit from a law that entitles them to a big pay-out from the proceeds recovered following a successful prosecution. He also presents a detailed summary of the criminal conspiracy. Crucial evidence is however lacking, and Lucy and Hugo begin interviewing anyone who can provide it. Unfortunately, their efforts do not escape notice, and the Gulf Mafia are prepared to be ruthless in pursuit of their interests.

John Grisham is one of the most popular thriller writers, and as usual the book is well-paced and has enough elements to interest the reader. However, the whole is less than spine-tingling: the conspiracy is set out in the first few chapters, and we are shown the key villains conspiring, so there is little surprise about what follows. Risk to the protagonists, with characters developed well enough to mean something, takes the reader so far but doesn’t generate a huge amount of excitement.

Grisham also spends quite a lot of space on the attempts made by the whistleblower to preserve anonymity by lodging the complaint through an intermediary to a third person, Greg Myers. Myers himself has gone to the trouble of changing his name to conceal his real identity and moves about constantly to avoid identification. Much of this seems rather technical and may be stimulating to lawyers, but less than engrossing to the layman.

However, there are more interesting legal aspects. There is the fact than in a single US state there are so many judges that it is considered necessary to have an agency to investigate judicial misconduct. More fascinating still is the legal situation within those areas designated as reservations for Native Americans. Within reservations, the laws are quite different from the rest of the US, which is why Native Americans can run casinos, making huge profits from visitors which are largely free of tax. Legitimate revenge for being deprived of their birthright, you may feel.